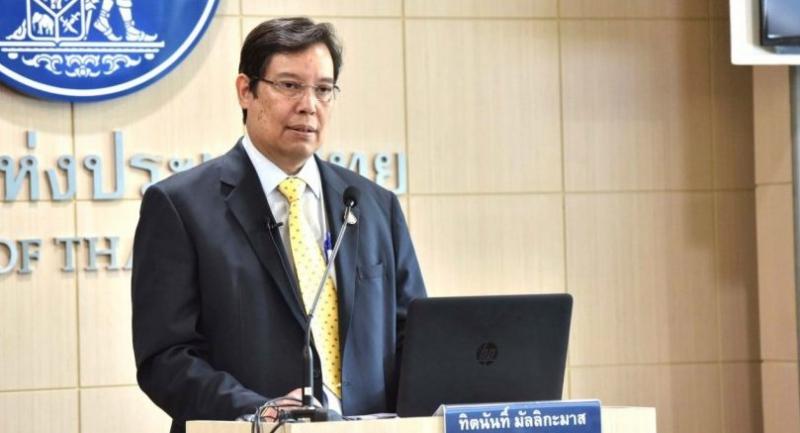 The committee said it expects the economy to expand at a slower pace than previously predicted due to a drop in exports, though inflation is projected to be in line with the previous forecast.

Overall financial conditions remain conducive to economic growth, he said, though there is some risk to financial stability in the future that warrants continuous monitoring.

Since the current accommodative monetary policy stance contributes to economic growth and is appropriate given the inflation target, the committee decided to keep the policy rate unchanged.

Merchandise exports will grow at a significantly slower pace than previously assessed due to a slowdown in the economies of trading partners and global trade as a whole, mainly affected by intensified trade tensions, particularly between the US and China.

Tourism will also grow at a lower rate relative to the previous forecast mainly due to a drop in Chinese tourists.

As for domestic demand, private consumption is expected to continue expanding, though it could be restrained by elevated household debts, with signs of moderation in earnings and employment in export-related manufacturing sectors. Private investment is also projected to slow down.

However, the relocation of foreign companies’ production base to Thailand and public-private partnership projects in infrastructure should support investment in the period ahead.

Meanwhile, public expenditure will grow at a slower pace than previously estimated due to a delay in the enactment of the 2020 Annual Budget Expenditure Act as well as the postponement of some state-owned enterprise investments.

The committee will monitor external risks from trade tensions, the economic outlook of China and advanced countries that could affect domestic demand, as well as geopolitical risks.

Furthermore, MPC will monitor the implementation of policies by the new government and public expenditure, as well as the progress of major infrastructure investment and its knock-on effects on private investment, which could affect the momentum of economic growth.

The committee said structural changes are contributing to more persistent inflation than in the past, such as the expansion of e-commerce, tighter competition in prices and production being made cheaper by technology.

As for the exchange rate, the baht appreciated at a rather fast pace, outperforming regional currencies due to a weakening US dollar, short-term capital inflows and domestic factors.

The MPC expressed concerns over the currency appreciation, as it might not be consistent with economic fundamentals, adding that it will continue to closely monitor the development of exchange rates and capital inflow.

Nevertheless, the committee will monitor household debt accumulation driven particularly by auto loans, growth in assets held by saving cooperatives and the links between cooperatives; adjustments in the real-estate sector after the implementation of a revised loan-to-value ratio measure, and leverage by large corporates that could under-price risks.

There remains a need to address financial stability risks through a combination of tools, including an appropriate policy rate as well as micro- and macro-prudential measures, which will be needed to place a greater emphasis on the debt serviceability of borrowers.

Looking ahead, the Thai economy will expand at a slower pace due mainly to the softening momentum of external demand.

The committee will continue monitoring the development of economic growth, inflation and financial stability, together with associated risks – especially from trade tensions – when deliberating appropriate monetary policy.