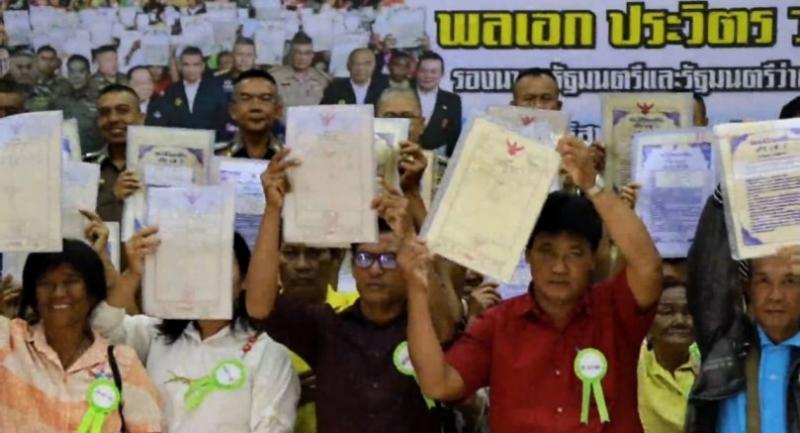 Prawit also presided over a ceremony on Thursday at Thepsatri Rajabhat University to return 1,704 land title deeds - covering 2,054 rai of land worth more than Bt2.3 billion - to the rightful owners.

Expressing appreciation to all parties for implementing this policy, which had to date resulted in 12 events to return land title deeds, Prawit noted that this latest had led to a total of 25,052 debtors receiving 21,312 land title deeds covering 59,000 rai worth Bt30.6 billion.