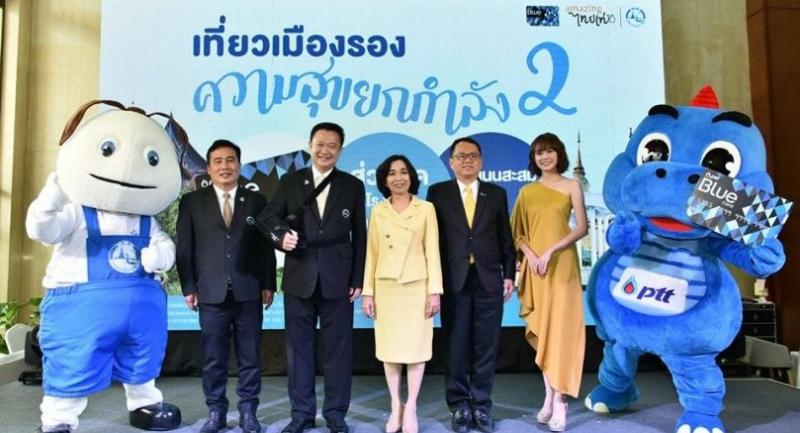 Traveling has become the trend during the past years and people have been craving for new and unique destinations to explore.

The campaign aims to encourage Thai people to explore the culture and nature at second-tier provinces by giving a special points redemption programme for PTT Blue Card members to get special discounts for accommodation, fuel, and food. The campaign also announces Pattie Ungsumalynn as the presenter for the programme.

Yuthasak Supasorn, governor for Tourism Authority of Thailand, said: “TAT has been promoting tourism in second-tier provinces in Thailand. To further generate revenue and distribute income in local communities. In 2018, there were over 83.66 +4.89 per cent visitors at second-tier provinces, grossing over Bt230,998 million +9.35 per cent. This campaign is planned to become the prime drive for tourism business at those areas by offering special travelling experiences such as exclusive local adventures or cultural immersion programmes to bring back nostalgic sentiments to Thai people.”