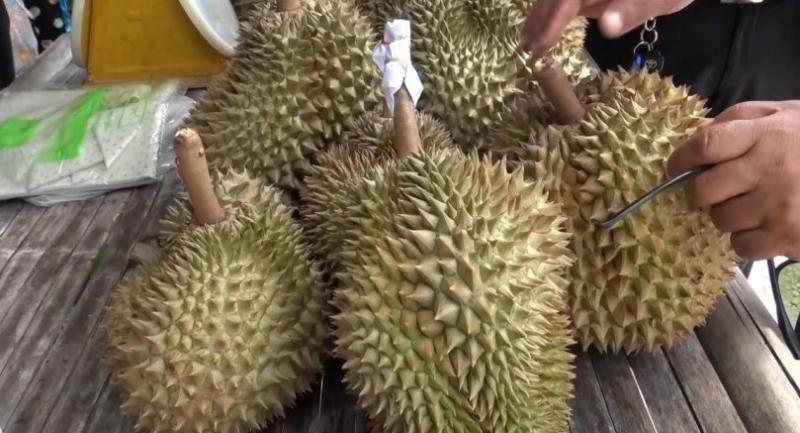 By The Nation
Si Sa Ket

A durian fair is significantly spurring economy in Si Sa Ket, a remote and rather poor province in northeast Thailand.

He said when coupled with the Para Rubber Exhibition, the Lava Durian Fair would likely boost the province’s gross domestic products (GDP) by more than 10 per cent.

He said Si Sa Ket used to rank 71st out of 77 Thai provinces in terms of GDP. “But judging by our current vibrant economy, we should rank better by the end of the year.” He is confident that Si Sa Ket would rank no less than 60th by then.

Weerasak said the Lava Durian Fair – which is held between June 20 and 30 – has attracted many tourists. “Apart from sales at the fair, tourists also generate revenue for local hotels, restaurants, shops and various local farms,” Weerasak said.

He believed the flow of tourists generated cash flow of more than Bt100 million. Si Sa Ket’s agricultural chief Sawang Kalapat said tourists did not just have fun tasting durian at the fair but also shop for fruit as souvenirs.