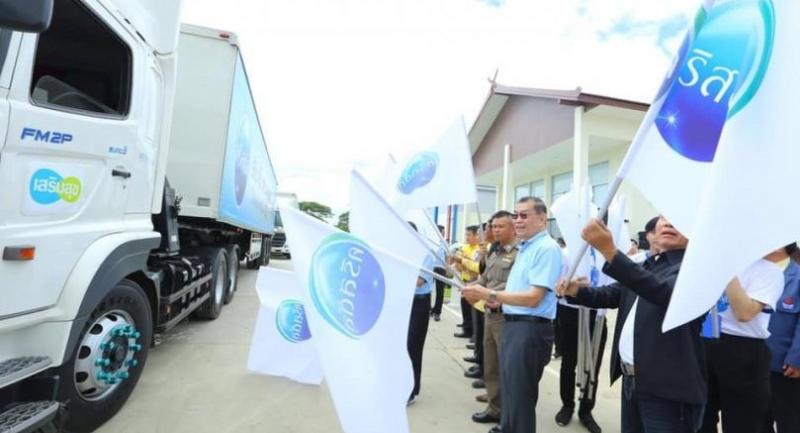 Sermsuk Public Co Ltd, the producer of Crystal, has started up a new production line for the popular drinking water brand in Lampang province to better serve consumers in northern Thailand.

With an annual production of 100 million litres, the state-of-the art facility will speed up product deliveries in the region.

Meanwhile, the company remains focused on social contributions. “Nine Napat,” the brand's ambassador, has called for increased awareness in communities and among the younger generation of the importance of protecting the environment. To stress its concern, Sermsuk has delivered an “upcycling station” to the community in Lampang for waste recycling.

Prangnee Chaipidej, Sermsuk's marketing director, said: “The expansion of Crystal’s production line is part of our commitment to consistently meet the demands of Thai consumers. We will extend our distribution network to cover the entire country. In 2019, the overall drinking water market in Thailand is estimated to grow 16 per cent, of which the northern region will account for 14 per cent. Crystal posted a 18 per cent growth in the north last year, and the upward is expected to continue".

The 30-rai facility in Koh Ka district of Lampang province, operated by Thai Drinks Co under Sermsuk, uses the latest eco-friendly technology from Germany with less pollution and helps to sustain the use of natural resource.

The production line features innovations developed by robotics and machinery engineers at Bevtech, a division of Thai Beverage. Workers at the new facility have been re-skilled in modern technology,

leading to increased productivity and improvement to Crystal's' operations and service.

“This new production line offers synergies with our Nakhon Sawan and Kampang Phet factories to address growth in the drinking water market in the northern region. This factory will also be a strategic location for distributing products to modern trade outlets and local department stores. Lampang is well-connected with the upper northern region comprising Chiang Mai, Chiang Rai, Lamphun, Phrae, Phayo, Sukhothai, and Tak provinces. This expansion will boost transportation efficiency, lower costs while improving the distribution of Crystal throughout the northern region,” added Prangnee.