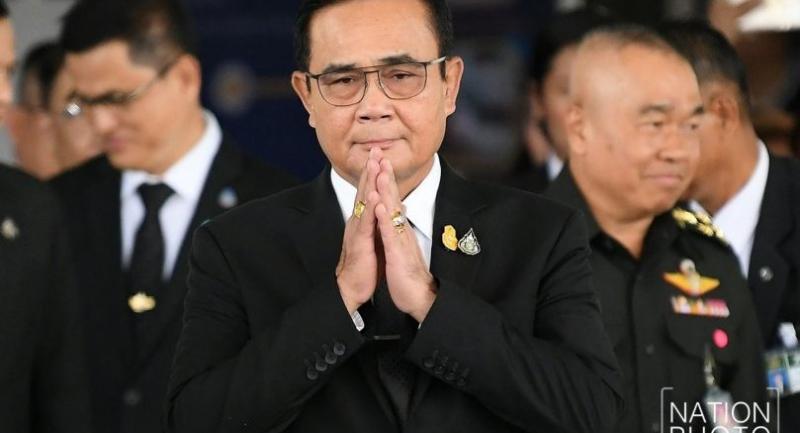 Prime Minister General Prayut Chan-o-cha on Monday morning issued an apology statement and expressed his discomfort over the internal conflict within the Phalang Pracharat Party that has dominated headlines in recent days.

The former junta leader, and now Prime Minister selected by recently elected MPs and a junta-appointed Senate, pledged to do his best.

His statement attributed the issues raised over party administration to the party’s novelty and that it was composed of different political factions.

The PM said it was difficult to make everyone happy. But most important was how to make the government credible to the public, he added.

The statement came after the influential so-called Sam Mitr or Three Allies in the party expressed discontent over Cabinet portfolios during the weekend. Its leader, Suriya Juangroongruangkit, had reportedly been allotted the Cabinet post of Industry Minister when there had been a previous agreement that he would head the Energy Ministry.

Suriya had reportedly said last week that he would consider withdrawing from Phalang Pracharat Party and taking some 30 MPs with him if he did not get the Energy seat.

The veteran politician denied the reports on Saturday but other signs still pointed to serious conflict within the party.

Three Allies key figure Anucha Nakasai held a press conference for the first time on Saturday in which he said he could accept losing the Commerce deputy ministerial post but that at least Suriya should get to keep the Energy Ministry.

Seats are being allocated between the nearly 20 parties composing the Phalang Pracharat-led coalition.