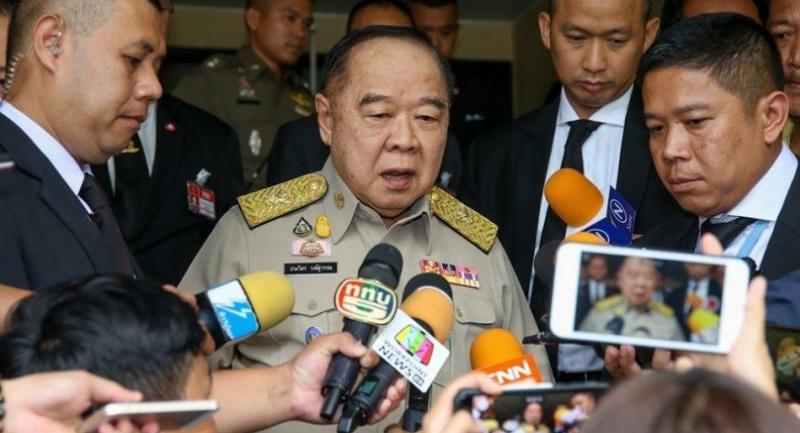 Junta No 2 Gen Prawit Wongsuwan has ordered police to speed up investigation of a brutal assault on Sirawit “Ja New” Seritwat, amid a growing belief that the anti-junta activist is being targeted for political reasons.

Prawit was responding to public claims that the junta is using violence against its critics, after a spate of assaults on political activists culminated on Friday when men on motorcycles beat the 27-year-old Ja New with baseball bats, leaving him severely injured. Prawit countered on Monday that he had no violent tendencies.

He said the police were investigating the case and would bring the culprits to justice, adding it was unclear if the assault stemmed from a personal or political matter.

Sirawit had now been given police protection, he said.

Prawit said that while the government could do nothing about claims it was behind the violence, it was doing its best to catch the wrongdoers.

Sirawit had also been attacked on June 2 while walking on a Bangkok street, while fellow activist Ekachai Hongkangwan, who has targeted Prawit over his multimillion-baht collection of luxury watches, has faced several assaults over the past few months. No suspects have been caught for the assaults.

Friday's attack left Sirawit in a hospital ICU with a broken nose and eye socket, and serious injuries to his head and other parts of his body.

He underwent surgery on Sunday to ease breathing problems caused by the broken nose.

Meanwhile Sirawit's mother says doctors are monitoring his right-eye socket, which may need surgery after swelling impaired his vision.