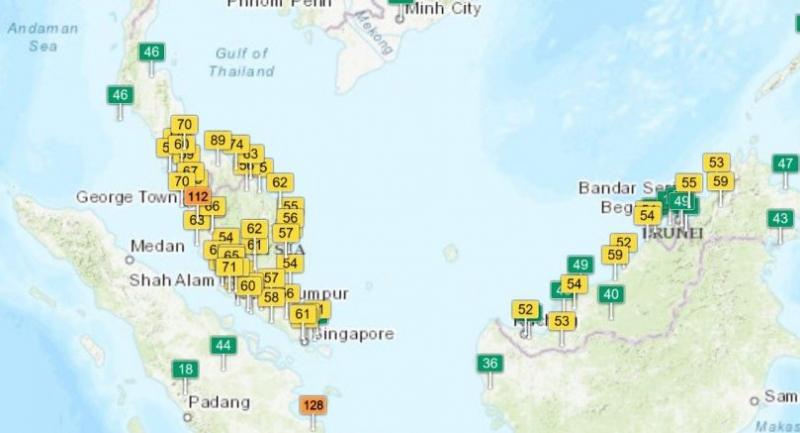 Rising PM2.5 levels in the Deep South are the signal for the start of the hazy season in the Southern part of Asean, Pollution Control Department (PCD) director-general Pralong Dumrongthai revealed on Monday.

However, the authorities were already well prepared to cope with the seasonal smog in the South, he said on Monday, as the PCD has been closely corroborating with the Public Health Ministry and Interior Ministry to warn the public about it and prevent people’s health being impacted.

“The dry season has already started in Indonesia, so we expect that the smog season in Southern Asean is about to begin,” he said.

“Because this year is an arid El Nino year, we estimate that the Southern cross-border smog will be severe this season, similar to the Northern smog earlier this year, so the authorities have already prepared how to handle the air pollution problem.”

He said his Department had installed new PM2.5 measuring stations in the Southern provinces, such as in Yala’s Betong District, in order to accurately monitor the air quality in that area and allow staff to speedily warn people when PM2.5 levels rise dangerously.

“We are coordinating with the local authorities and Disaster Prevention and Mitigation Department to make sure that local people are aware of the air quality situation and prevent any outdoor burning activities in the local areas, which can worsen the air quality,” he said.

“We are also working with the Public Health Ministry to raise public understanding on how to protect themselves from air pollution.”

He said authorities had learned lessons from this year PM2.5 crisis in Bangkok and the Northern Region, so officers fully understood the problem and were ready to tackle it.

As of Monday, the PM2.5 daily average level in Yala was 28 micrograms per cubic metres of air, while PM2.5 level in Hat Yai was 34 micrograms. These daily averages are considered moderately harmful to public health, according to the World Health Organisation.

Although the daily averages did not exceed the PCD’s air quality safe limit of 50 micrograms, there were periods of time in both provinces that the level exceeded the safe standard – they peaked at 52 and 60 micrograms in Yala and Hat Yai respectively.

The air-quality monitoring website https://aqicn.org also reports that the air quality throughout the Peninsular Malaysia has also been affected by dangerously high PM2.5 levels.