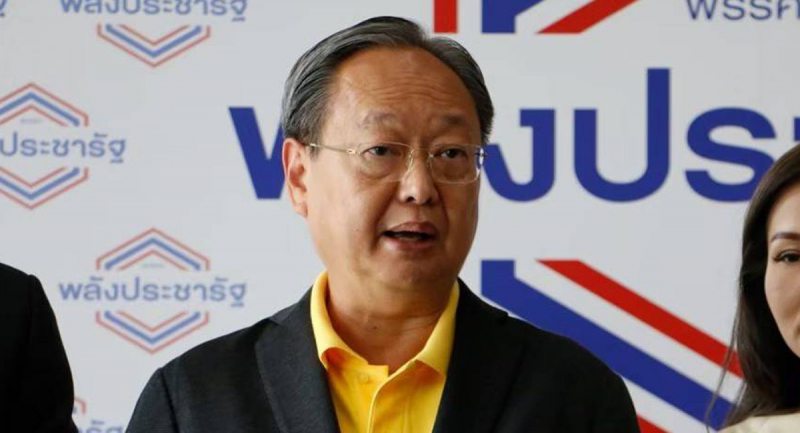 Sontirat Sontijirawong, secretary-general of the pro-junta Phalang Pracharat Party, said on Monday that he will not take up the Energy portfolio after an influential bloc in the party, the Sam Mitr, threatened to drive him out of the party secretariat.

The politician voiced his intentions soon after reports of a disagreement within the party began circulating, and said he hopes everything will work out so Phalang Pracharat can serve the public.

The Sam Mitr or Three Allies later accused Sontirat of mismanaging affairs as secretary-general and creating conflicts in the party.

The bloc was reportedly unhappy with the allocation of Cabinet portfolios, which saw Sontirat taking the Energy seat, which was expected to go to the Three Allies leader Suriya Juangroongruangkit.

Sontirat said on Monday that he had no control over the allocation of ministries and that he was sorry about the conflict sparked by rumours that he was getting the Energy Ministry.