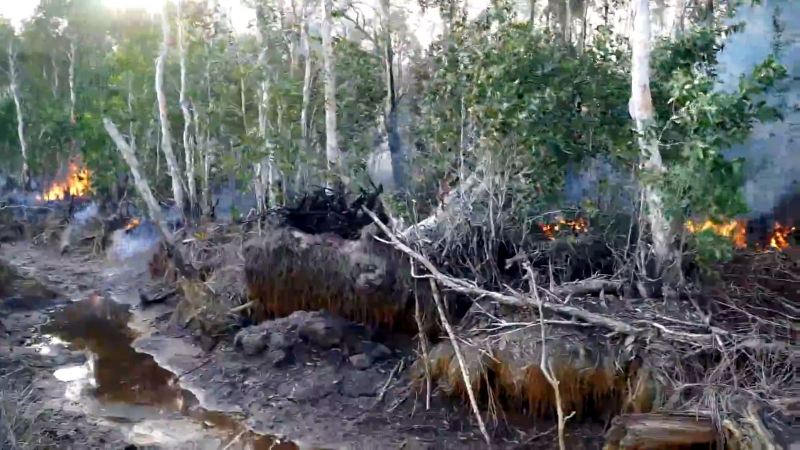 At press time, fire fighters were still unable to control the raging fire.

He said three villages in the two tambon were severely affected by smoke and this was causing breathing difficulties in young children and elderly residents.