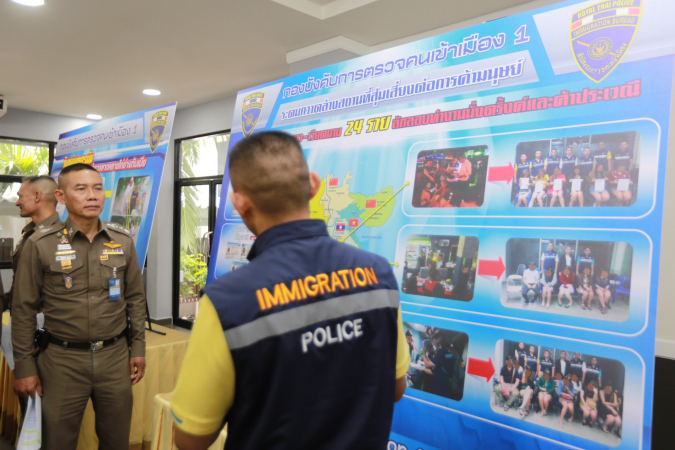 Police early this week rounded up 24 women from Laos and Vietnam who worked as drinking companions at clubs in Bangkok’s Khlong Ton, Ratchadapisek and Huai Kwang areas for inspection over a suspicion that they might be involved in prostitution, a senior officer said on Tuesday.

Immigration Bureau chief Pol Lt-General Sompong Chingduang told a press conference that the 21 Laotian and one Vietnamese women might be at risk of being victims of prostitution and human trafficking crimes and thus proactively checked on them.

Officers found that the women carried passports and most had a 30-day tourist visa, while others had a work visa related to another profession, but none had a work permit for club jobs.

The women had frequently returned to their home countries when their visa expired and re-entered Thailand in order to maintain their legal stay, he said.

The women were later passed on to case investigators to proceed with legal actions.