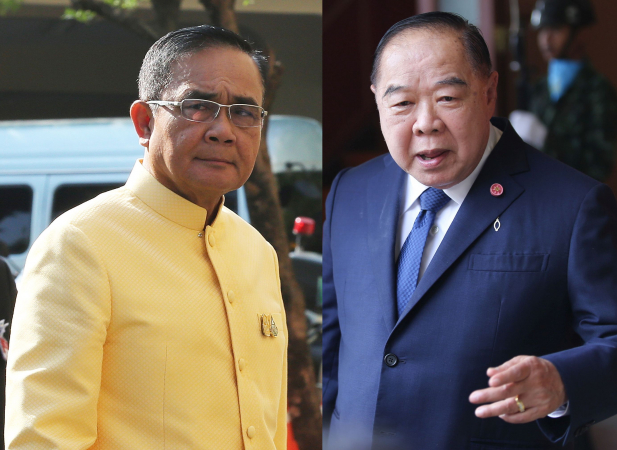 Key government leaders on Tuesday dismissed talks of a possible coup to solve the ongoing disputes for Cabinet seats within Phalang Pracharat Party.

Prime Minister General Prayut Chan-o-cha said he did not want his message in the apology letter to be misinterpreted.

In an open letter on Monday, Prayut apologised for the rows within the party that had nominated him as a prime ministerial candidate. In the letter he also said that the new government should aim to meet public demands and properly run the country.

“The goal is to prevent politics from becoming a problem that leads to the same solution again. That’s something nobody wants to happen again,” the letter said.

The message was viewed as a veiled threat of another military putsch, especially at a time when the Army is being led by Prayut’s most-trusted commanders.

However, on Tuesday the PM said there were no threats in the letter as he personally did not want another coup even though he led one in 2014 to oust the Pheu Thai Party-led elected government.

“Nobody wants a coup or counter-coup. That day [May 2014], I would not have staged a coup if it could have been avoided. This time, we should try to solve problems in the proper manner,” Prayut said at Government House.

He also called on all sectors, ranging from the government and the opposition to private and civil sectors, to work together and help with efforts to introduce national reforms.

Deputy PM General Prawit Wongsuwan, who is also defence minister, ruled out any possibility of a coup.

“I don’t think there will be one at all,” he said when asked to comment on speculation of a possible “self-coup” to end disputes within Phalang Pracharat.

Prawit, who is in charge of security affairs, said he was certain that Prayut will be able to solve all disputes.

“The PM is a decisive man, and I believe he can definitely solve all problems,” he added.