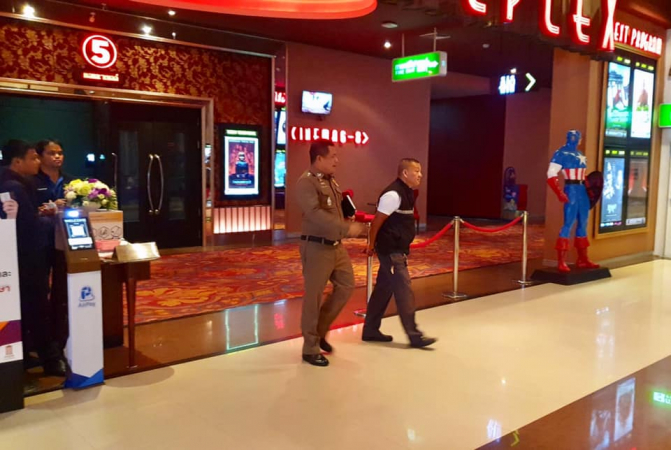 An elderly British man was found dead in the early hours of Wednesday inside a movie theatre at a Pattaya shopping mall, police said.

The Pattaya police station was alerted at 12.30am that a foreigner had been found dead after the screening of horror movie “Annabelle Comes Home” in Cinema 4 of a South Pattaya shopping mall in Tambon Nong Prue of Chon Buri’s Bang Lamung district.

Police said the man was identified as Bernard Wilfred Channing, 78. He had been sitting next to a Thai movie goer who did not realise the man had died until the lights went up.

Staff at the cinema said the Briton had bought a single ticket and appeared to be alone.

The body was sent to the Bang Lamung Hospital for autopsy and the British Embassy would be informed to contact his relatives.