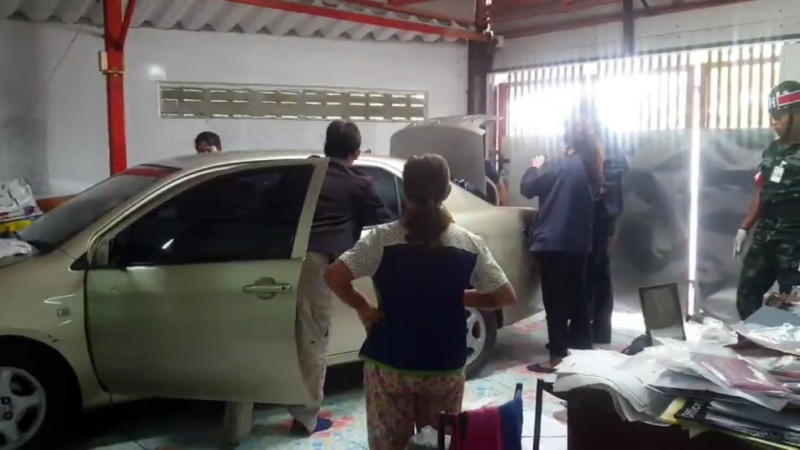 The Department of Special Investigation (DSI), the Army and police officers have raided three target locations in Bangkok, including a house of an alleged loan shark, as they sought to build a case against the loan shark, DSI chief Pol Colonel Paisit Wongmuang said on Wednesday.

The DSI Legal Aid Centre for Debtors and Victims of Injustice had received complaints about and initially investigated the loan shark – whose name has not yet been released – who provided loans at a 10-20 per cent monthly interest rate to people living mainly in Bang Khen and Lat Phrao areas, Paisit said.

The raid led the officers to find “much incriminating evidence” at the suspect’s house, including a list of debtors' names and debt repayments, the debtors’ bank accounts and ATM cards and copies of lawsuit papers with the alleged loan shark's name as the plaintiff.

Officers gathered a total of 11 cardboard boxes and 13 bags of documents for further legal actions by the Royal Thai Police’s Action Centre for Prevention and Suppression of Public Fraud, Paisit said.

The DSI probe found that the loan shark allegedly operated an illegal money-lending business for 10 years, and had taken advantage of debtors by having them sign loan contracts with the borrowed amount exceeding the amount actually given, deducted a "fee" at 10 per cent of the borrowed amount before handing over the loan, and then charged a monthly interest rate of 10-20 per cent, Paisit said.

Some debtors were forced to sign even more unfair contracts, such having to pay a daily Bt200 interest on a loan of Bt10,000, with no lowering of the capital until the borrower can come up with the entire Bt10,000 in one go, he said.

Many were also not given receipts for debt repayment or were told to destroy such receipts. Others were about to fully repay their debt to the alleged loan shark were also bullied. The suspect allegedly threatened to send their loan contracts (containing the exaggerated loan amount) to court in a lawsuit to force them to pay the loan amount cited on paper, Paisit added.

From 2009 until now, the suspect had allegedly filed 460 lawsuits (374 civil lawsuits and 86 criminal lawsuits) against 852 debtors over debts worth Bt24.6 million, said Paisit.