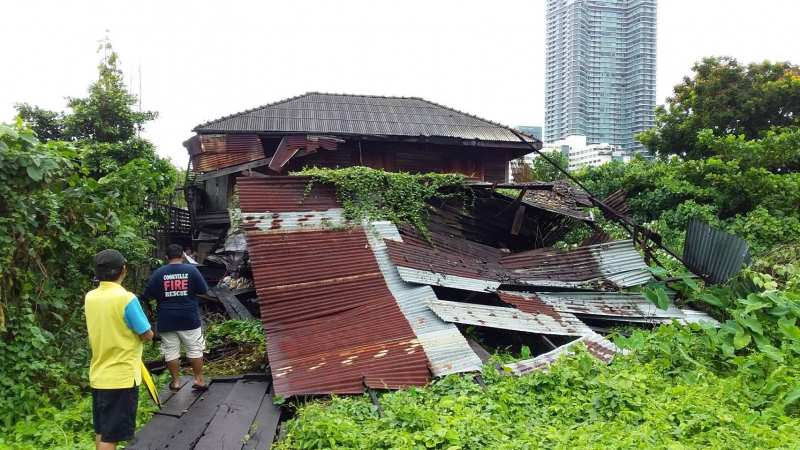 A man and his daughter were rescued on Wednesday morning after the roof of their house in Bangkok’s Klong San district collapsed on them Tuesday night, trapping them under the rubble.

The Samrae police station was alerted only at 9.30am of the incident on Soi Charoen Nakhon 35 in Bang Lamphu Lang sub-district and sent a team of rescuers to help.

The family said the house was about 100 years old and had been passed down from the previous generation.

They said there were heavy rains at 9pm Tuesday night, causing the roof to collapse. Neighbours noticed the damage in the morning and called police for help.