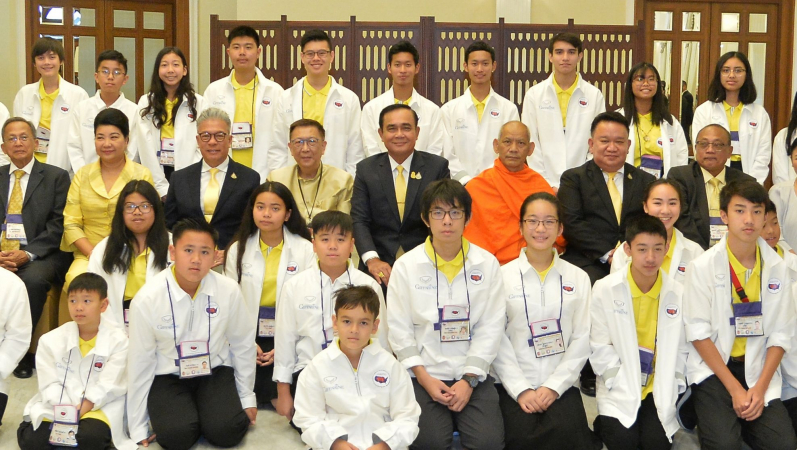 The new government will definitely be in place by the end of July, Prime Minister General Prayut Chan-o-cha said on Wednesday.

The PM said the schedule was still within the time frame under a "road map" set after the military coup of 2014.

"I affirm that a new government will be completely formed during July, definitely, in line with the road map," Prayut said.

He noted that under the Constitution, a government can start operating as soon as its members have taken an oath before His Majesty the King.

The PM's remarks came after criticism that disputes between coalition parties and factions within the leading coalition partner, Phalang Pracharat, are behind the PM’s failure to form a government in the three months since the March 24 general election.

He was speaking at Government House, where about 200 young Thais living in the US and their parents visited Prayut, accompanied by Mungkorn Pratoomkaew, the Thai consul general in Los Angeles.

The visit was part of a government programme, held annually for the 12th time this year, which brings young Thais living in the US back to Thailand to get familiarised with their home country.

Prayut told the group that Thailand had maintained good ties with the US ever since the two countries signed an amity treaty 286 years ago.

He said that American companies had invested US$7 billion (Bt217 billion) in Thailand in businesses that hired more than 70,000 workers. The PM also noted that about 7,000 Thais are currently studying in the US and that about 500,000 Thai expats live in the US.

One woman among the visitors congratulated General Prayut for his return as prime minister.

He jokingly replied: "Why didn't you ask me if I was happy about it?" before confirming that he was indeed happy to be able to serve Thailand.