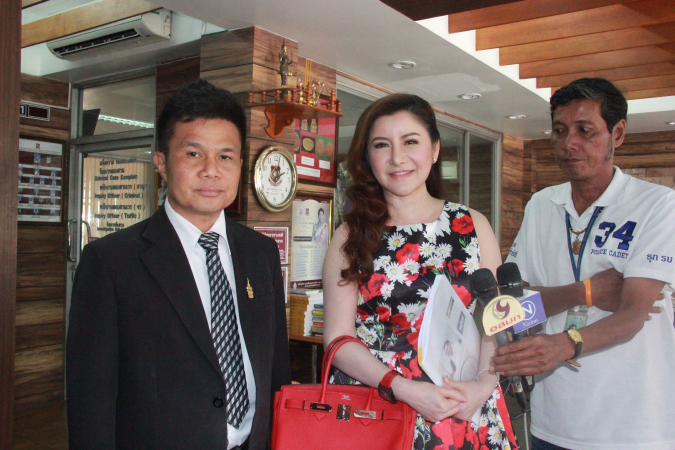 Beauty expert Xeping Chaiyasan’s lawyer on Wednesday filed two defamation suits against two senior police officers and a Channel 3 host and sought a compensation of Bt50 million from each of them for allegedly wrongfully criticising her business.

The lawsuit claimed they had made libellous accusations against Xeping during a press conference on April 4 while explaining why they had sought an arrest warrant for Xeping, said the lawyer. Xeping was accused of making exaggerated claims in her beauty business. The lawyer said their remarks at the press conference had tarnished Xeping’s reputation.

Xeping was arrested on April 3 on charges of fraud in the running of her beauty clinic.

She has also sought legal action against Kanchai Kamnerdploi, a Channel 3 host, who moderated a group discussion on the controversy in April.

She has also sought a compensation of Bt50 million from Kanchai.