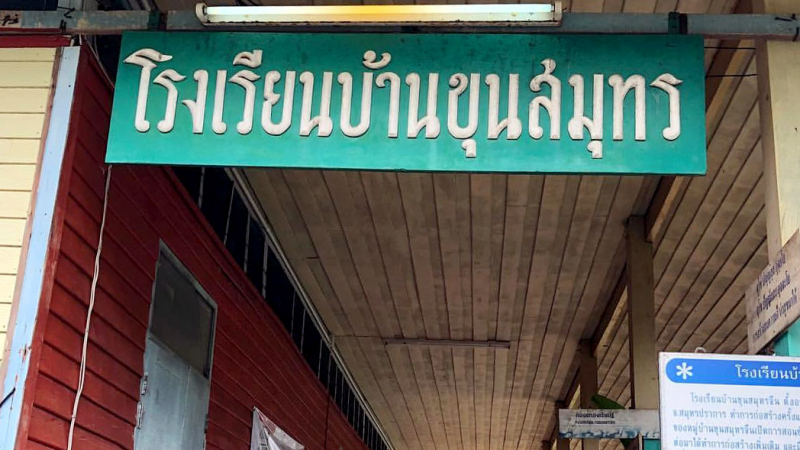 Six pupils will be moved from a school in Samut Prakan as part of plans by the education authorities to shut 15,000 small schools across the country this year, a senior official said on Thursday.

The six pupils will be moved from Ban Khun Samut School in Tambon Laem Fa Pha in the province’s Phra Samut Chedi district to a larger school nearby on Friday, said Chuchat Kaewnok, director of the Samut Prakan Primary Education Service Area Office.

Chuchat said the transfer of the six to Ban Khun Samutthai School in Tambon Na Klua was being carried out to maintain the quality of education, and the pupils' transport expenses would be covered by an urgent budget. This didn't mean that the old school would be immediately shut down as some villagers still disagree with the transfer decision.

The Office of Basic Education Commission (OBEC), which is the overseeing the nationwide school closures, would discuss the matter later before making any final decision on the school’s future, Chuchat said.

Ban Khun Samut School in Tambon Laem Fa Pha is on an island surrounded by the sea and a canal. Transport by boat is required, so many teachers had asked for transfers due to inconvenience.

This school used to support nearly 200 students but those numbers had shrunk in the past two to three years to only six - all of whom are from low-income families.

The children stay with their grandparents and the families can’t afford the transport costs to study elsewhere.

The school had earlier urged the OBEC to provide more funds to hire an additional teacher to help the lone teacher and the school director cope. Instead, the authorities opted for the relocation of the pupils.