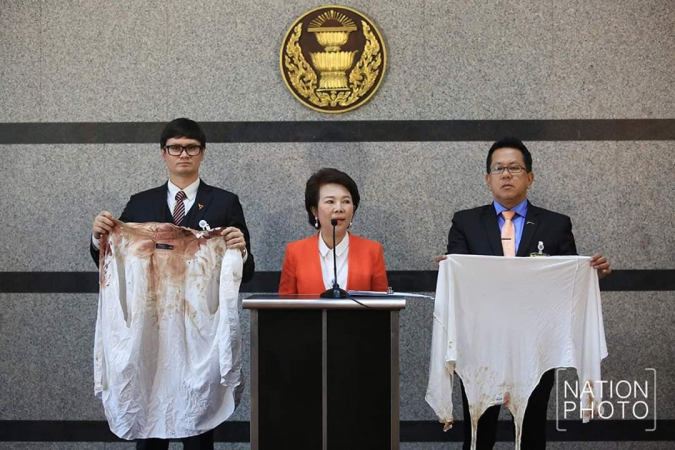 Thai people need to become more tolerant towards those who have different beliefs and ideologies if the Kingdom is to avoid worsening already-deep rifts in society, a seminar was told on Wednesday.

Academics told the gathering at Chulalongkorn University that Thai society was already beset by violence and that rising hate crimes were caused by people lacking tolerance towards those who think differently.

The forum called on people to respect others’ opinions and beliefs even if they conflicted with their own, while also urging the media to be professional and objective when reporting news, so as to provide accurate information to the public without polarizing political partisanship and inflaming the social discord.

Chantana Banpasirichote Wungaeo, a lecturer at the Faculty of Political Science, Chulalongkorn University, said the recent violent attacks on left-wing political activists Sirawith "Ja New" Serithiwat and Ekkachai Hongkangwan showed that hostility towards people of different political ideologies was getting worse and there was an urgent need to end the hatred before it sparked further violence.

“Everyone has different life experience and comes from a different background, so it is normal that each of us has a different view on the same issue and adhere to different values and ideologies,” Chantana said.

“However, many Thai people are taught to believe that ideas that contradict what they think is right are wrong and bad, so they strongly object and even fear these ideas, which lead to hatred and discrimination against those who think differently from them.”

She urged people to learn to accept diverse thoughts and respect other people’s rights to freedom of expression, saying that free speech and tolerance were essential for building a healthy democratic society.

Moreover, she said the government also needed to show tolerance towards those who disagreed with them, and must not oppress its opponents.

However, Chantana said it was also a crime to physically attack those with opposing beliefs. Therefore, the authorities needed to bring the wrongdoers to justice and ensure people’s freedom of expression was protected.

“We need to respect people across the political spectrum and live with those who have diverse ideologies. We can debate and defend our beliefs but it must not escalate into discrimination and violence,” she stressed.

Thammasat University’s Peace Information Centre director Chaiwat Satha-Anand also warned that some political hardliners’ efforts to devalue their opponents’ dignity and human rights in order to justify the discrimination against them, was very dangerous and could lead to terrifying violence.

Chaiwat said it was essential that people treated everyone else with respect and dignity, regardless of whether they shared the same beliefs.

Veteran journalist Vanchai Tantivitayapitak emphasized the influential role that the media had to play to mend the deep political rifts in society and prevent violent conflicts.

“Due to the shifting media landscape and political situation, many media organisations are now openly aligning themselves with political groups, so they are also responsible for the disunity and hatred in society,” he said.

“The journalists are now forced by the policy of their organisations’ owners to abandon professional objective journalism and instead produce dramatized and often biased news reports to attract audiences. That only serves to further polarise political ideas and foster hatred towards people who have different political standpoints.”

Therefore, he urged media organisations to stop being a mouthpiece for political groups and return to professional journalism so as to ease social discord and restore their companies’ credibility.