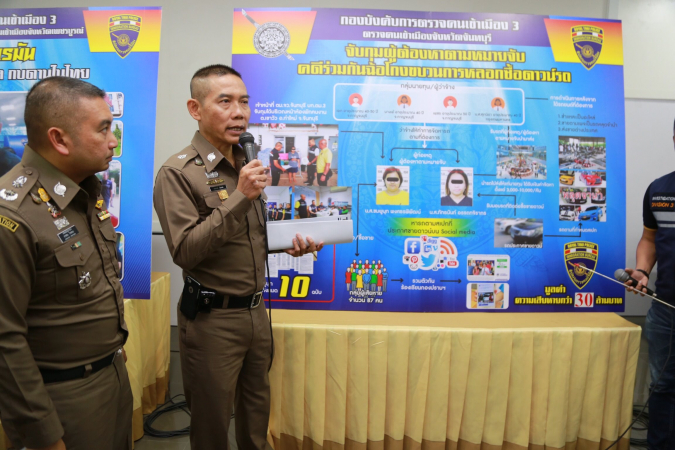 Police announced on Friday that two women were arrested for allegedly talking nearly 100 people into handing over their vehicles and swindling them out of more than Bt30 million.

Chanthaburi immigration police officers helped with the arrest of Chomphunut, 32, after learning about the arrest warrant that was issued by Samut Sakhon Provincial Court on June 25.

Sompong said the two women allegedly contacted people advertising the sale of cars they had bought on instalment schemes, offered to take over the payments and then disappeared with the vehicles without making any payments. The vehicle owners then found themselves without a vehicle and owing loans.

“Investigations suggest that the suspects took orders from an investor based in Kanchanaburi province and that they were paid between Bt3,000 and Bt10,000 per vehicle,” Sompong said.

He added that these stolen vehicles were either sold in Thailand or neighbouring countries, or may also have been disassembled and sold as parts.

Sompong added that Chomphunut and Pawarisa were also wanted for many other alleged offences.