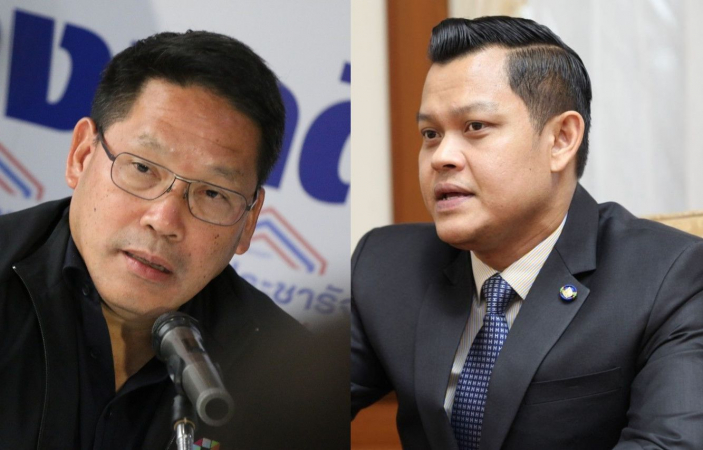 Phalang Pracharat Party – core partner of the incoming coalition government – on Friday lambasted the opposition for being “childish and narrow-minded” in its aim to censure the PM even before his new Cabinet starts working.

Thanakorn Wangboonkongchana, deputy spokesperson for the party, said the opposition should give the new government some time to work before launching no-confidence motions against it.

"I want the opposition to be more open-minded and give the new government some time to do their job. If they see something wrong, then the opposition can file a censure motion,” Thanakorn said.

"They [the opposition] should not act like children and throw tantrums when they don’t get what they want.”

Thanakorn was responding to a threat by opposition Pheu Thai MP Cholnan Srikaew that he will file a censure motion against Prime Minister General Prayut Chan-o-cha if he gives the Finance portfolio to Phalang Pracharat leader Uttama Savanayana.

Opposition politicians have said that Uttama is not qualified for the job as he was allegedly involved in a loan scandal while working as a senior executive at the state-owned Krungthai Bank.

However, Thanakorn dismissed this allegation on Friday as a move by the opposition to discredit his party’s leader.

“I have explained repeatedly that Uttama was never involved in the scandal,” he said, adding that Uttama has passed the scrutiny of several agencies, including the National Anti-Corruption Commission, Securities and Exchange Commission, and the Office of the Attorney General.

"Most importantly, the Supreme Court's Criminal Division for Political Office Holders also found that Uttama was not involved in the wrongdoing," he said.

Uttama, meanwhile, portrayed himself as a victim of politically motivated distortion on Friday by posting a message on Facebook headlined: “I did nothing wrong, don’t distort facts”. In the post, he said moves to link him to the Krungthai loan scandal were politically motivated as investigation and court trials have already proved that he was not among the wrongdoers.

"And I was cleared at all stages of scrutiny and examination. Please don’t distort facts,” his post said.

“My friends in the opposition will do the country a favour if they help find the suspects in this case who are still on the run and bring them to court,” he added.

The loan scandal took place in 2003 – during the tenure of Thaksin Shinawatra’s government – in which top executives of the state-owned bank were accused of extending Bt9.9 billion in loans to ailing firms owned by the property giant Krissada Mahanakorn.

Twenty-seven people including Thaksin, bank executives and other officials were tried by the Supreme Court, which acquitted two and sentenced the rest to prison terms of 12 to 18 years. The trial against Thaksin in this case was dropped after he fled the country and an arrest warrant was subsequently issued.

Thaksin’s son Panthongtae was indicted last year for money-laundering in connection with the Krungthai loan scandal. He had apparently obtained a cheque for Bt10 million, which was part of the loans handed out.