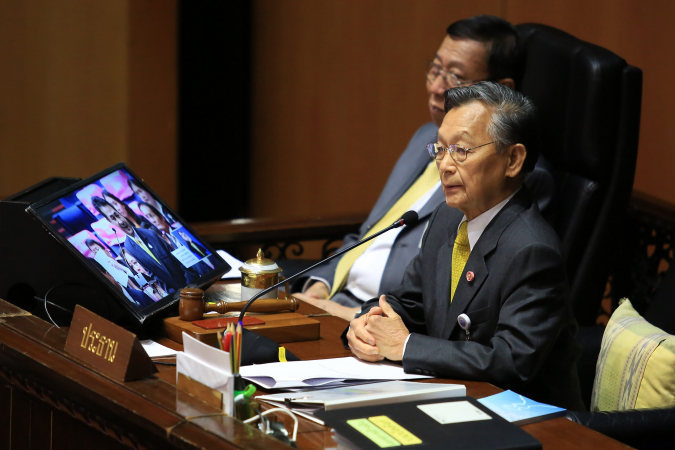 Chuan Leekpai, in his capacity as House of Representatives speaker, on Friday forwarded a petition to Constitutional Court calling for the disqualification of PM General Prayut Chan-o-cha as Cabinet member.

The petition points out that Prayut does not qualify as Cabinet member according to the charter as he is already a state official. Prayut is apparently being considered for the post of defence minister as the incumbent, Prawit Wongsuwan, has voiced plans to step down due to failing health.

Meanwhile, the Election Commission (EC) said it had received a similar petition earlier against Prayut taking over as PM, but chose not to forward it to the Constitutional Court, saying it had already approved the nomination by Phalang Pracharat Party and that his status was valid according to the charter and related laws.

However, the opposition MPs said the EC’s verdict was unclear and wanted this matter to also be forwarded to the Constitutional Court for further consideration.