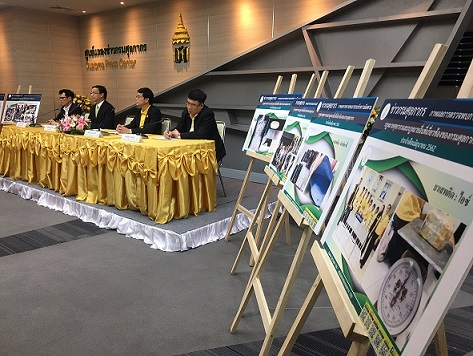 The Customs Department reported success in its crackdown on import tax evasion and the smuggling of banned items in June, leading to 1,798 cases worth Bt514 million in damages, which are now being prosecuted, department spokesman Chaiyuth Khamkhun announced at a press conference on Wednesday.

The 1,798 cases comprise 451 cases of smuggled brand-name products, cosmetics and agricultural products; 1,233 cases in which people avoided paying full tax on importing electrical appliances and other commodities; and 114 cases in which people smuggled prohibited items such as goods that violate the Property Rights Law, ivory and e-cigarettes.

In addition to its efforts to suppress smuggling and import tax evasion, the Customs Department is also intercepting electronic and plastic garbage, Chaiyuth said. During 2018-2019, the agency made arrests and intercepted plastic garbage in 103 cases covering 4,043 tonnes worth Bt17 million, he added.