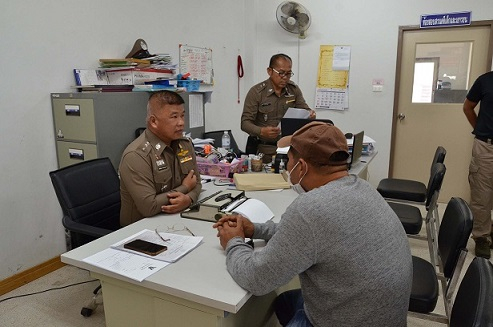 A 48-year-old man from Khon Kaen province has reportedly confessed to supplying the dangerous appetite suppressant sibutramine to a Kalasin-based weight-loss pill factory, which is being investigated in the death of a consumer, Kalasin deputy police commander Pol Colonel Triwit Sriprapa said on Wednesday.

Thawatchai Phasrisuk was apprehended at his relative’s house in the central province of Nakhon Pathom on Tuesday after police identified him as the supplier of sibutramine. He also allegedly sells fake Viagra pills online.

Thawatchai was taken to Na Mon Police Station for interrogation. He reportedly confessed to supplying 2-10 kilograms of sibutramine per time to the factory on many occasions over the past two years, as well as to other factories nationwide, said Triwit who oversees the investigation.

Factory owner Wasapassorn Su-amnat, 52, faces seven charges following a factory raid over the weekend. Wasapassorn is accused of producing and selling medicines and fake food products, setting up and running a factory, and modifying a building without permit. She is also charged with producing and possessing a Controlled Psychotropic Substance.

The case came to light after the death early this month of a 30-year-old woman from Ang Thong province, who had taken the weight-loss pills after buying them from the Facebook page “OBE care clinic”. The pills came from the Kalasin factory.

Police searched the factory premises on Saturday and seized more than 15 million pills along with production equipment. They also found traces of medicine suspected to be sibutramine that had been burned. Police have summoned seven people for questioning, including the factory owner, Wasapassorn, and her daughter, former pharmacist Sujitra Lertsongkhram, who operated the online clinic. Police are waiting for the Ang Thong woman’s autopsy result before filing charges. So far only Wasapassorn has been charged.

Meanwhile, National Police deputy chief General Weerachai Songmetta led a police team to question a Thai couple, who were among seven persons summoned by police in this case, in Bangkok as they worked for the “OBE care clinic”.

The couple, identified only by their nicknames Tor and Pla, used to have a weight-loss pill business, which was supplied by Sujitra before they were arrested as the pills were found to have sibutramine. When their business collapsed, the couple found themselves owing Bt5 million to Sujitra and agreed to work for her to repay their debt, Weerachai said.