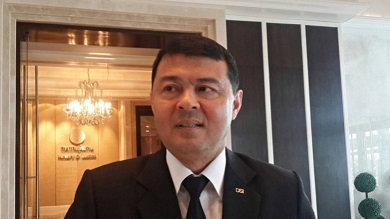 The Department of Special Investigation (DSI), the Army and police officers rounded up nine alleged Laotian female sex workers, including one girl aged under 18, from a karaoke bar in Ubon Ratchathani province on Wednesday in a crackdown on underage prostitution and human trafficking, a senior official said.

DSI chief Pol Colonel Paisit Wongmuang said on Thursday that his agency was ready to take up the case from the local police to punish those involved, especially if the case were to be linked to state officials.

The “Nong Bua Karaoke Bar” in Det Udom district was raided on Wednesday after police investigation and coordination with the Destiny Rescue Foundation showed that the Laotian women, who had allegedly been brought for prostitution at “King Thong Karaoke Bar” in Buntharik district, had been moved to this bar to escape an imminent raid, Paisit said.

The sex workers were currently being interviewed by a multi-disciplinary team which would separate the human trafficking victims for protection and rehabilitation.