The government has already embraced “medical marijuana” as one of its policies, Bhumjaithai Party leader Anutin Charnveerakul revealed on Friday.

If things go as planned by the party, medical marijuana will be included in the country’s national drug list so that patients, regardless of health schemes they are affiliated with, can make use of it when necessary.

“Medical marijuana will be a part of the government’s policy statement,” Anutin said, citing discussions between him and Prime Minister General Prayut Chan-o-cha.

Medical marijuana, which was legalised in Thailand only earlier this year, is a key election promise of the Bhumjaithai Party that supported Prayut’s return as prime minister in the post-election period.

“I would like to thank the prime minister for including medical marijuana as a government policy,” Anutin said.

Research findings suggest that extracts from cannabis can be useful for patients battling many diseases including cancer and Parkinson’s.

“Our stance is that medical marijuana must be legal, put on the national drug list, so that they are beneficial to Thais,” Anutin said.

He said his party’s move was aimed at benefiting Thai people and the Kingdom’s economy, not drug firms that may have hoped to claim lucrative patents for marijuana-based medicines.

Asked about his party’s plan to let people grow up to six cannabis plants for medical use, Anutin said the plan could be implemented first among one million village health volunteers.

In a related development, the governor of the Government Pharmaceutical Organisation (GPO), Dr Withoon Danwiboon, disclosed that the distribution of cannabis oil made by his agency would start late this month or early next month via the Medical Services Department.

According to him, oil was being extracted from dried cannabis flowers at his agency’s farms.

“With our advanced technology, we believe we should be able to supply up to 10,000 bottles of sublingual cannabis oil, not just 2,500,” he said. 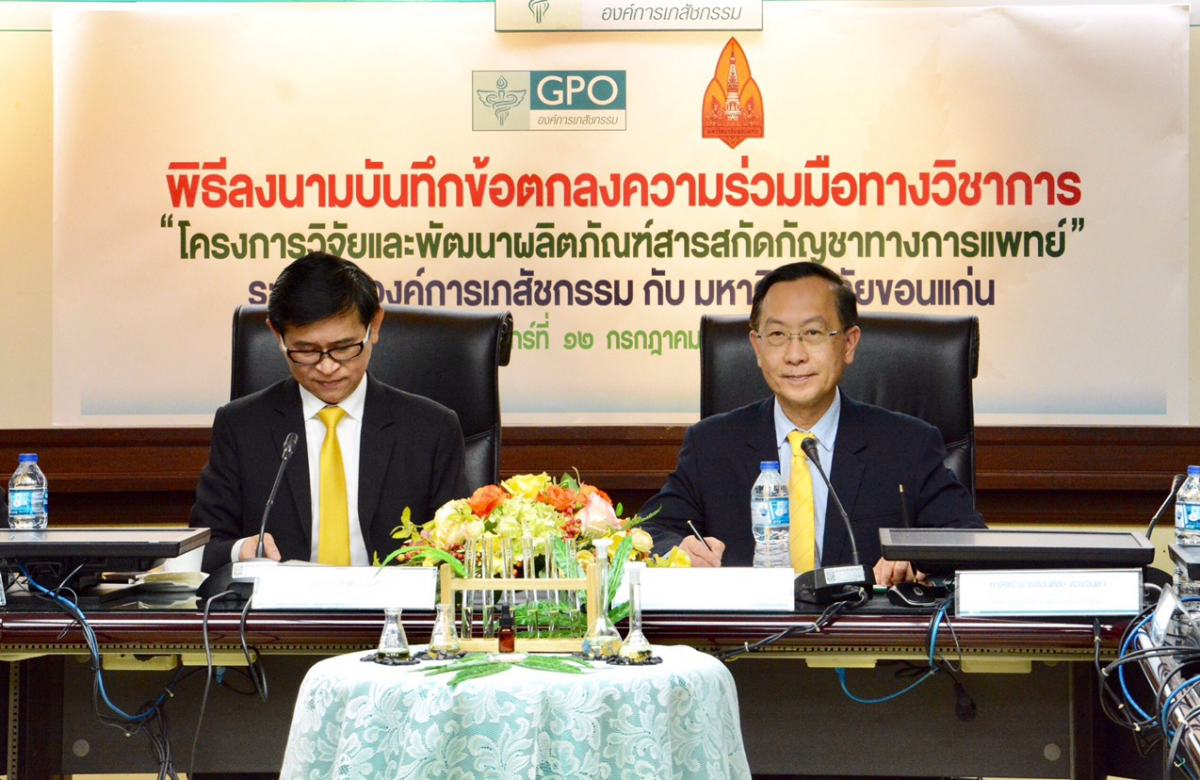 “Hospitals will offer cannabis oils through special access schemes only,” he clarified.

Withoon emphasised that medical marijuana would be considered only for patients for whom standard medical treatments had not yielded satisfactory results.

He revealed further that his agency had already signed an agreement with Khon Kaen University on cooperation in research and development (R&D) of cannabis-based medicines.

Under the agreement, many types of medicines including the sublingual type will be developed.

Assoc Professor Charnchai Panthongviriyakul, the acting president of Khon Kaen University, said his university had prepared experienced researchers for R&D with the aim of delivering quality medicines for patients.