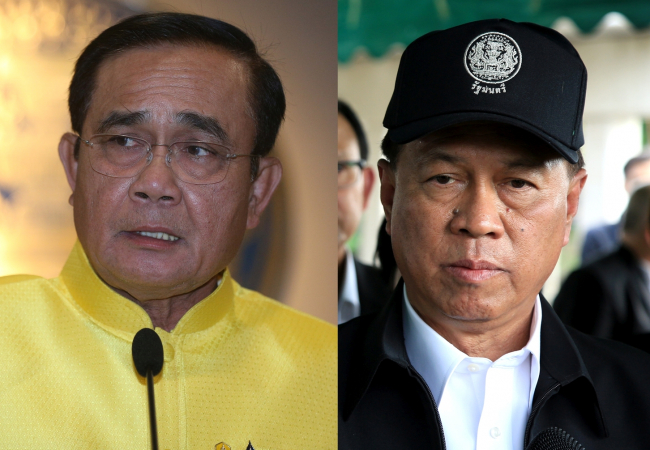 Prime Minister Prayut Chan-o-cha said on Monday he would support amending the Constitution, as well as any other laws deemed problematic.

“I am ready to support it [amendment of the Constitution]. Some laws have problems. We have to follow procedures. I have no conflict with anyone. Today we are the government of the whole country,” General Prayut told reporters at Government House.

Asked if constitutional amendment would form part of his new government’s policies, the PM said only: “It’s not ready now. You will see the policies when the final draft is finished.”

Critics and opposition politicians have assailed certain provisions in the Constitution, which has been in force since 2017, as going against democratic principles.

The Democrat Party, a key partner of the Prayut-led coalition government, is reportedly pushing for constitutional amendment to be included in the administration’s policy statement to be announced to Parliament on July 25.

Interior Minister Anupong Paochinda said on Monday that in his view, amendment of the Constitution was a matter for Parliament, not the government.

“The prime minister just offered his support. The government cannot start the process of amending the Constitution. It’s because we are the administrative branch,” General Anupong said.

He also said that the government would definitely not oppose any parliamentary motion seeking to amend the charter.

“But the people must be asked first,” Anupong said, referring to a public referendum.

The current charter, which replaces the one abolished following the 2014 military coup, was supported by most voters in an August 2016 referendum.

Anupong said he did not think the matter would cause any dispute within the government, despite certain coalition partners already promising their supporters to amend the Constitution.

“All the government parties will have to discuss this as we work together. We will have to find a consensus. Nobody can get everything they want,” he said, without elaborating.