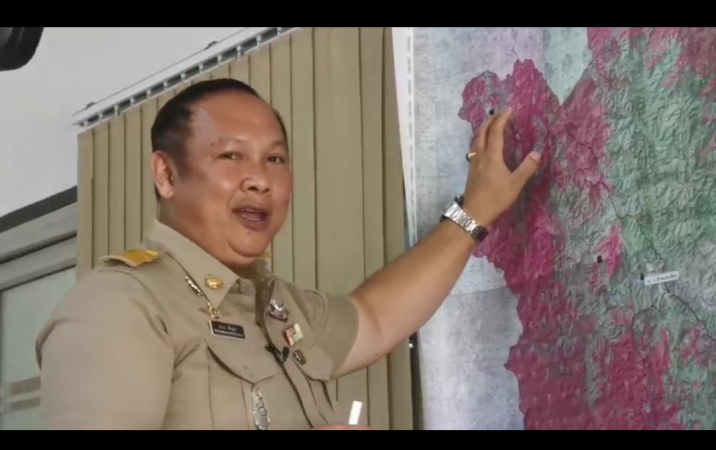 The chief of Kaeng Krachan National Park has vowed to resolve a conflict between ethnic Karen locals and authorities after it scuppered the park’s bid for Unesco world heritage status.

“The World Heritage Committee cited concerns of the local community as a caution against granting world-heritage status to the Kaeng Krachan Forest Complex [KKFC],” park chief Mana Permpoon said on Monday, “We will address the concerns using the law and discussion.”

Two other cautions Unesco cited were the park’s shared border with Myanmar and its shrinking area.

Stretching across Ratchaburi, Prachuap Khiri Khan and Phetchaburi, the KKFC lies within the park’s boundaries and has been on Unesco’s tentative list for world heritage since 2011. The World Heritage Committee, however, resolved not to grant the status at its meeting in Azerbaijan earlier this month.

In March, ethnic Karen locals evicted from the park sent a petition to the United Nations asking that heritage status be deferred until Thai authorities settle the conflict over residency rights.

The petition pointed out that Karen living in the villages of Ban Jai Paendin and Ban Bang Kloi Bon had been evicted despite settling there long before the national park was established.

Although Mana promised to look into the issue, he appeared to confirm that the law on residing in national parks would be upheld.

“The old villages of these locals are in the watershed zone,” he said, pledging only to promote better understanding among the locals of the benefits they had enjoyed after being evicted.

“For example, the land from which they make their livelihood has increased by between 200 and 400 rai,” he said.

Five years ago, Karen community-rights defender Pholachi “Billy” Rakchongcharoen disappeared after being detained by Kaengkrachan National Park officials. The case has now been handed to the Department of Special Investigation after earlier efforts failed to trace any suspects.

Asked about progress in the case, DSI deputy chief Pol Lt Colonel Korrawat Panprapakorn on Monday said it was very difficult to make a breakthrough because there was no clear evidence and few people were willing to testify.

“But we have not given up yet. We are in the process of trying to secure important pieces of evidence,” he said.