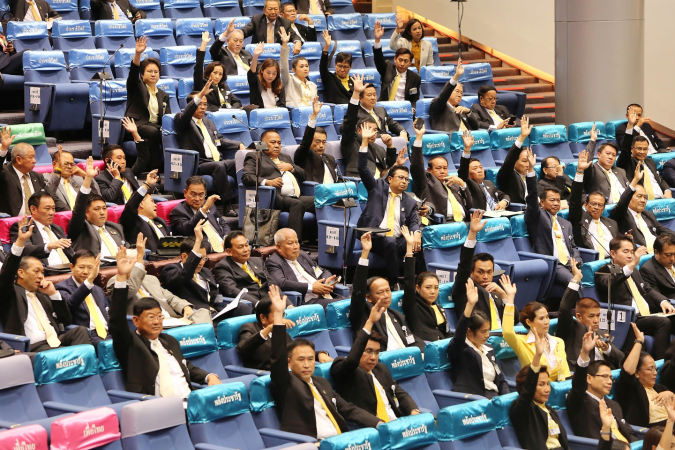 Prime Minister Prayut Chan-o-cha urged the opposition on Monday not to focus on attacking his new government when it delivers its policy statement to Parliament next week, pointing out it was not a censure debate.

The parliamentary opposition led by the Pheu Thai Party has promised to perform their duty “in a constructive manner” by scrutinising the government during the session.

A joint parliamentary meeting of the House of Representatives and the Senate is scheduled for July 25 for the new government led by General Prayut to deliver its policy statement. The process is required by the Constitution before the new administration can start working officially.

“Please understand that this session on July 25 is to present the policy statement and to make suggestions to complete something that is missing. It’s not for censuring the government. That’s another matter, for another session,” the PM said during a press conference at Government House.

“I would like to stress that this is not a forum for an early debate on the government’s performance.”

Pheu Thai secretary general Anudith Nakornthap said the seven-party opposition bloc was well prepared for the debate and would not be deterred from carrying out its duties.

“We will place importance on scrutinising the government on all issues,” he said. “The focus will be on the people’s problems, particularly the economic recession and the larger gap between the rich and the poor.”

Anudith promised that opposition MPs would work constructively and focus solely on the interests of the people and the country. “We will not do anything that does not benefit the public,” he added.