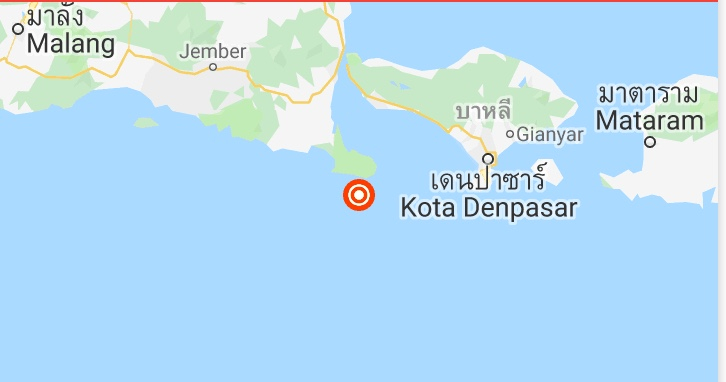 An undersea earthquake of magnitude 6.1 struck south of Bali, Indonesia, on Tuesday (July 16), the European monitoring agency EMSC reported, causing some residents and visitors on the tourist island to flee buildings.

There were no immediate reports of damage or casualties and there was no alert issued by the Hawaii-based Pacific Tsunami Warning Centre, according to Channel News Asia.

The epicentre was 102 kilometres southwest of the island’s capital, Denpasar, and was 100km deep, the EMSC said.

The US Geological Survey recorded the quake with a preliminary magnitude of 5.7.

One resident said people in Denpasar rushed from their boarding houses in pyjamas after feeling the tremor.