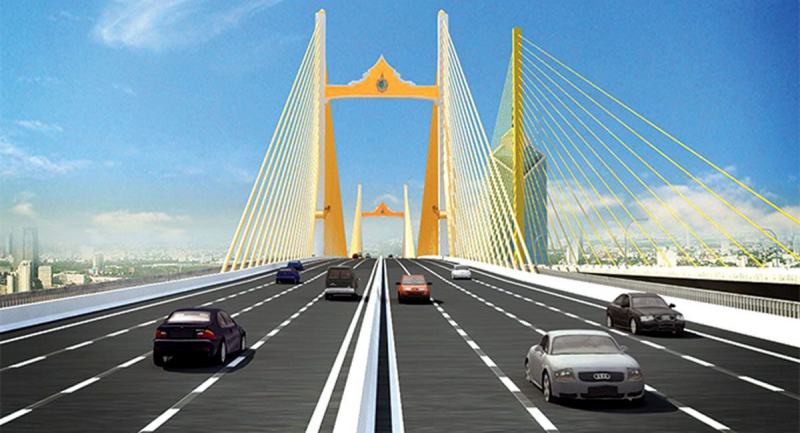 An illustration of plans for the Rama III-Dao Khanong highway.

The Expressway Authority of Thailand (EXAT) has awarded contracts to construct the Rama III-Dao Khanong-Western Bangkok Outer Ring Expressway to Chinese state enterprises, with the deals set to be signed by September.

Nontajit Bangsomboon, EXAT acting deputy director of management, revealed the board of judges had examined the experience and qualifications of the winners of four deals for construction of the highway and would announce the result next week.

“This topic [of the winner] will not be discussed further by the board since it was approved at our last meeting,” Nontajit said.

“However, anyone who disagrees with the result can appeal to the court within seven days of the official statement,” he added.

The EXAT committee was concerned about legal action that may arise from the deal, as the bid-winners are backed by the Chinese state. Under the bidding terms, the winner must discard diplomatic privileges and state-enterprise statutes. If the Chinese firms violate the agreement, they will have to face a court in Thailand.

The winners of bidding on first deal are the China State Construction Engineering, Nawarat Patanakarn, and AS Associated engineering (1964); minimum bidding at Bt5.8 billion.

The winner of bidding on the fourth deal is Ch Karnchang; minimum bidding at Bt6.6 billion.