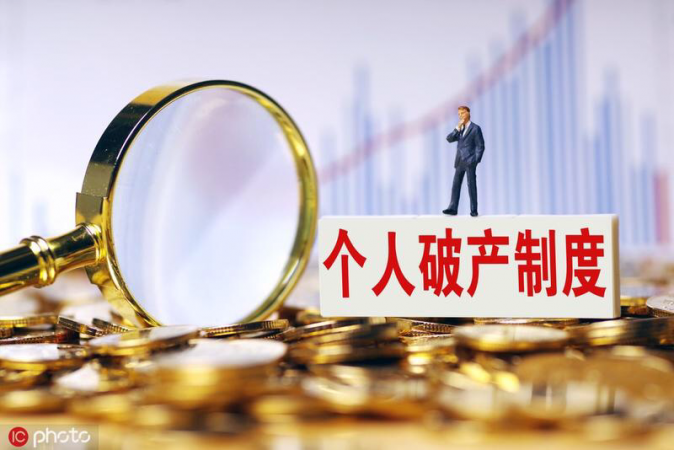 China has released its road map to build the personal bankruptcy system and the plan is expected to launch in some pilot areas in the second half of this year, iFeng.com reported Wednesday.

The country will take steps to build a comprehensive personal bankruptcy system by gradually promoting reasonable liability exemptions for an individual, when their consumer debt meets requirements, according to a plan released Tuesday on the official website of the National Development and Reform Commission.

The focus of the much-anticipated personal bankruptcy system is to solve the problems of joint liability to guarantee debt caused by corporate bankruptcy.

It has been clarified that an individual can reasonably be exempted from liability related to production and business activities due to guarantees and other reasons, according to the reform plan to accelerate the improvement of the market entity withdrawal system.

Not every personal bankruptcy application will be approved and applying for bankruptcy is not a shelter for those trying to avoid paying their debts, said Xu Yangguang, a law professor at Renmin University of China.

To get the debt liability exemption, the debtor has to repay part of the debt as a condition and the debtor's economic life will be restricted for about three to five years after the end of bankruptcy proceedings, Xu told a reporter from Beijing Business Today.

A personal bankruptcy system, if designed and implemented well, can make China's business and innovation environment more inclusive and humane. Establishing such a system has been a move highlighted by the Supreme People's Court in its reform plan on verdict implementation between 2019 and 2023.