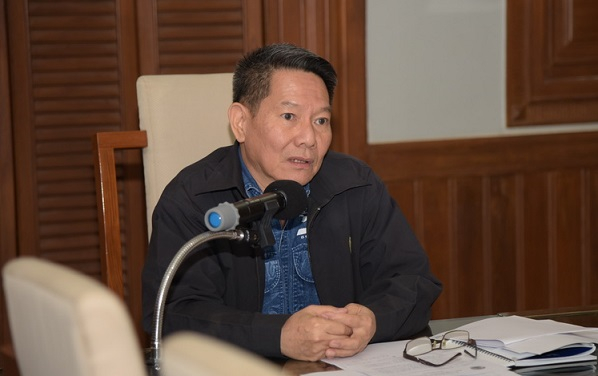 Amid growing concerns about the spread of African swine fever (ASF) in Laos, Vietnam and Cambodia, the Livestock Development Department and the Southern Swine Farmers’ Association held a meeting on Thursday to discuss measures to prevent an outbreak in Thailand.

The meeting was held in the southern province of Phatthalung, which has 5,283 pig farmers with livestock numbering 500,000 – the highest in the region.

Jeerasak Pipatpongsopon, deputy chief of the livestock department, said that so far ASF has not been reported in Thailand, but the country is at risk because some neighbouring countries are affected by it. Hence, in a pre-emptive move, Thailand has put the prevention of ASF on its national agenda and has brought agencies together to prevent the spread of this disease nationwide.

He also urged farmers to keep an eye on their pigs, and immediately alert livestock development officials if they notice any of the animals getting sick. Jeerasak added that the disease can be effectively contained if pigs are monitored, none are moved out of the area and no new ones are brought in.

ASF does not affect humans, but can prove fatal for pigs and wild boars as there is no known antidote or vaccine for it. So far, the only preventive measure is culling the infected livestock en masse.

Phatthalung pig farmer Pak Chukhao, 65, said he and other farmers were worried because ASF can wipe away all breeder pigs in an affected pigsty.

“The only thing we can do is ensure the pigsties are clean and disinfected,” he said, as he called on the authorities to strictly control the transport of pigs in order to prevent an outbreak.