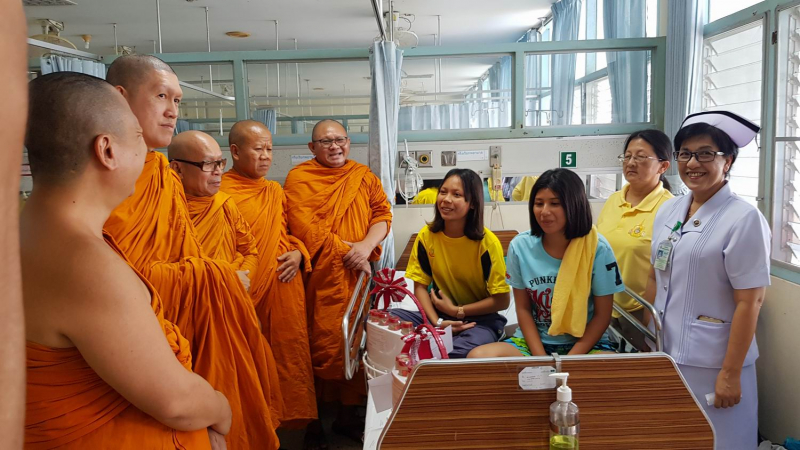 The assistant abbot of Samut Songkram’s Wat Phet Samut Worawiharn visited the seven victims of a ferry-stop collapse on Thursday afternoon to give them flowers and Bt3,000 per head in initial monetary assistance.

The victims are being treated at Somdej Phra Phuttaloetla Hospital.

Phra Khru Samut Wachiranuwat, who was given the job to visit patients by abbot Phra Thepsamutmoli, said he will also visit the 13 wounded people who have been discharged from hospital at their homes.

As for the two women who were killed when the pavilion on the bank of Mae Klong River collapsed on Tuesday, namely food vendor Suree Urachuen, 37, and customer Pornpilai Sualek, 24, the monk said the temple will provide Bt50,000 in compensation to their families and sponsor their Abhidhamma prayers. 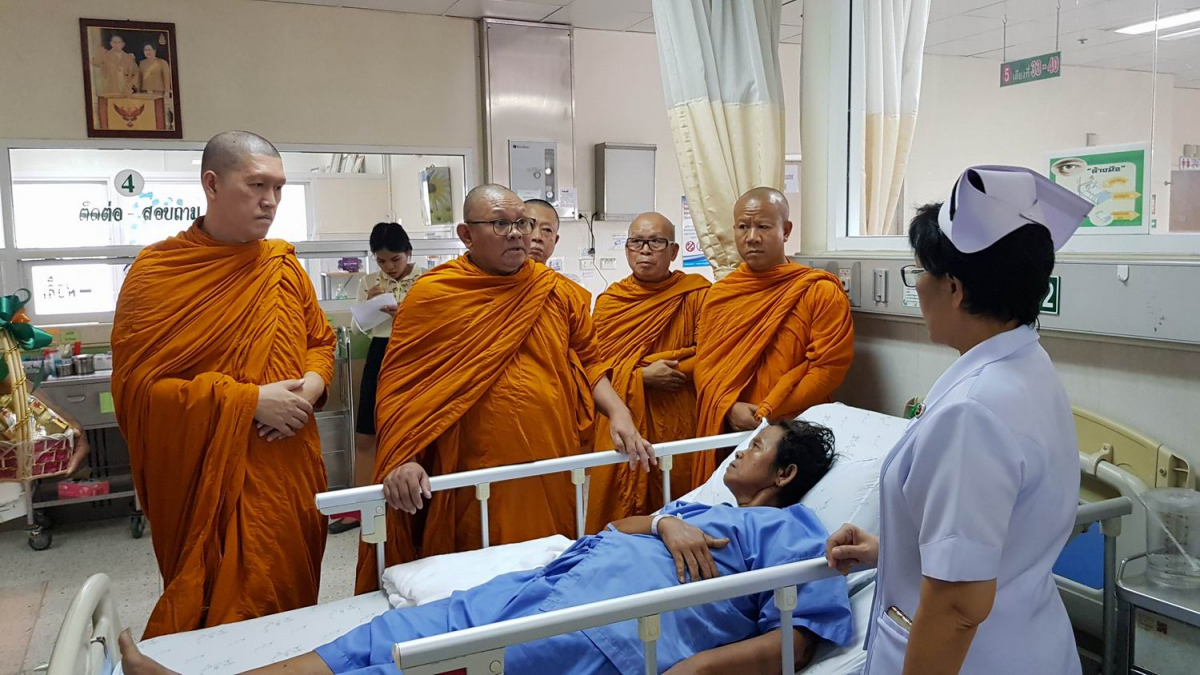 The monk also listened to the victims’ account of what had taken place. Chaleuy Saengchan, 64, who lost three fingers in her right hand and dislodged her right elbow, said she had been fishing for shrimp at the edge of the pavilion when it suddenly collapsed with a deafening noise and flung her into the river. She said she hung on to the platform with her left hand until she was rescued.

Food vendor Srinua Sanamkhet, 58, who sustained a broken rib, said she was selling chicken rice when the pavilion suddenly cracked and pushed her into the river. She said she hung on to a cooking gas cylinder to keep herself afloat until help arrived.

Phra Khru Samut Wachiranuwat said he suspects the 50-year-old Thai-style pavilion may have collapsed due to soil erosion. “The incident was unfortunate and nobody wanted it to occur. But since it has happened, the temple is ready to provide remedial measures,” he added.

He said that since few people used the pavilion to board ferries, eight food vendors began occupying this pavilion as well as the one adjacent to it, for which the temple charged them a monthly fee of Bt350 to Bt400. He added that the second pavilion will be demolished to ensure this tragedy does not occur again.