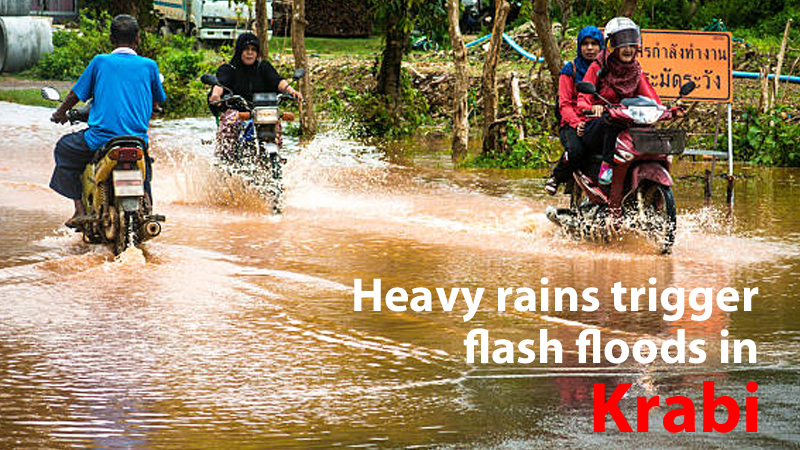 He said the main road in front of Phra Ae School had water about a metre high while Moo 2, Moo 3, and Moo 4 villages were hit by run-offs. Main roads in the villages were under water with depth ranging from 30 centimetres to one metre.

The tambon chief said a house in Moo 3 village was also hit by a landslide but no one was injured.

The shopping areas there were under water almost a metre deep. Officials rushed to evacuate vehicles parked there.