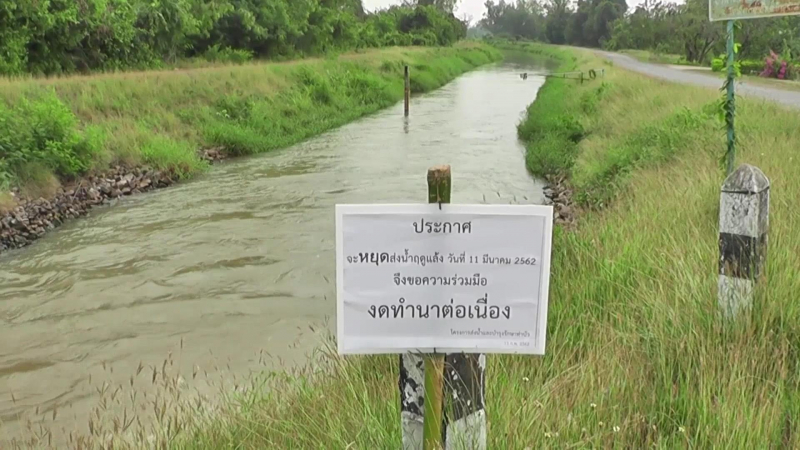 Villagers in three tambon in Phichit’s Pho Prathap Chang district Monday called on the Royal Irrigation Department to release water from a dam to save their rice from dying.

They called on the office to open the water gate of the Ping River basin in Kamphaeng Phet so water could flow down a 100-km irrigation canal to the three tambons and save their 30,000 rai (4,800 hectares) of paddy fields from drying.

Prasert Lamphakorn, chief of the irrigation engineering division of the Wang Bua Irrigation Project in Kamphaeng Phet, said the presence of an on-going construction project had prevented officials from being able to directly release water into the irrigation canal.

But, said Prasert, officials will install two large water pumps to draw water to the canal at the rate of 5 cubic metres per second and the water should reach the farmers in about seven to 10 days.