Relatives congratulate the three village women upon their release on bail on July 19.

Three villagers convicted of encroachment at Saithong National Park in the northeastern province of Chaiyaphum were freed on bail, pending appeals to the Supreme Court's review.

A fourth defendant would be released as soon as his bail money was paid, said his lawyer, Somnuek Tumsupap, of the Land Reform Network, on Monday.

“The three women were bailed out by money from the Justice Fund and the fund committee is still considering bail aid to Put, whose relatives have been informed and understood the process that Put should also be out soon,” said Somnuek, adding that his team would soon be preparing bail applications for nine of the remaining 10 convicted villagers. The tenth received only a suspended prison sentence.

“It’s good news and boosts the villagers’ morale as they will be out of jail while awaiting the Supreme Court’s rulings,” the lawyer added. 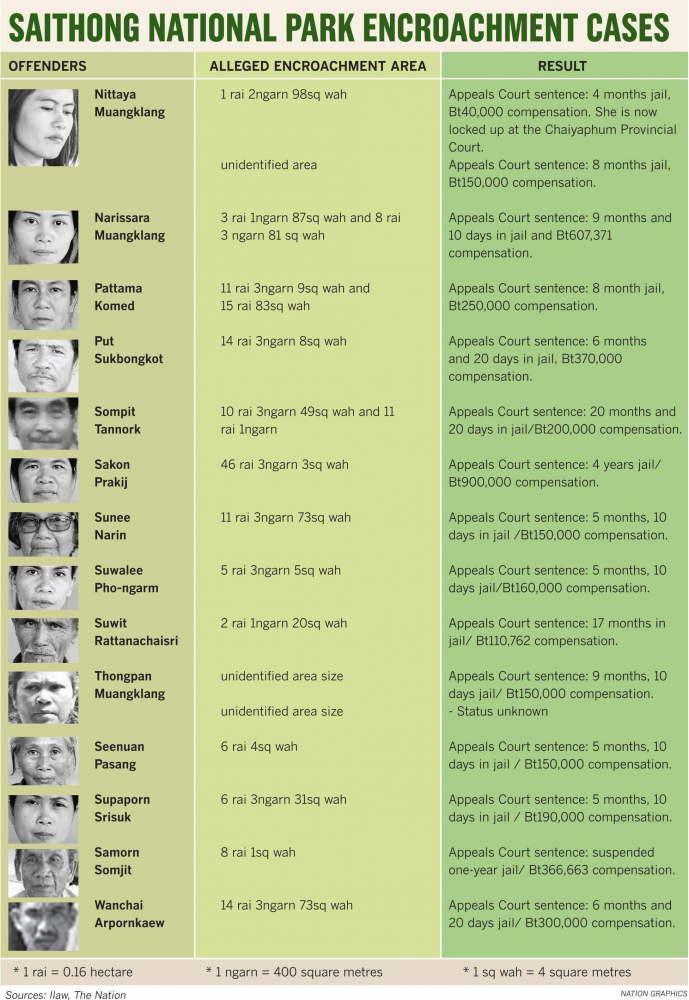 A total of 14 villagers – there were 19 lawsuits in total because some defendants faced two - were found guilty at Chaiyaphum Court for encroaching the Saithong National Park and their sentences were upheld by the Appeals Court in various hearings between May and July. All were jailed except one, Samorn Somjit, who was found to be very poor and thus received a suspended one-year jail term. Each of the convicted villagers were also ordered to pay hefty compensation to the national park.

The villagers claim they were jailed merely for farming on land they had farmed on for generations because the lands were now deemed to encroach upon Saithong National Park, which was only established in 1992 and spans more than 199,375 rai (31,900 hectares).