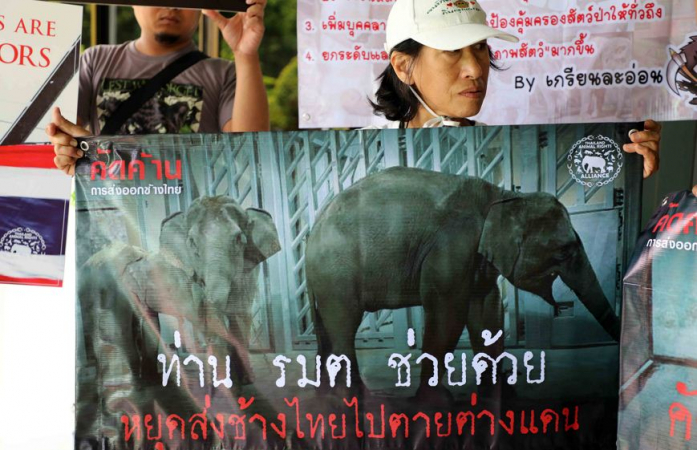 Natural Resources Minister Warawuth Silpa-archa pledged on Monday to temporarily nullify a rule that allows elephants to be sent overseas.

Warawuth told a group of NGOs earlier in the day that he disagreed with sending elephants out of Thailand. He said he had personal knowledge of the subject and appreciated that elephants needed to live permanently with their original families for the sake of their physical and mental health.

A network of environmental and animal advocacy groups said a long-standing Commerce Ministry regulation allowed elephants to be sent overseas as gifts or in exchange programmes.

The group claimed many people had exploited this rule over the years and that many elephants had died or suffered serious illnesses along the way during the long journeys.

The activists also called on Warawuth to strictly enforce rules against poaching and any violation of laws related to the conservation of natural resources, citing as an example the infamous case of a business executive suspected of shooting dead and killing a panther.