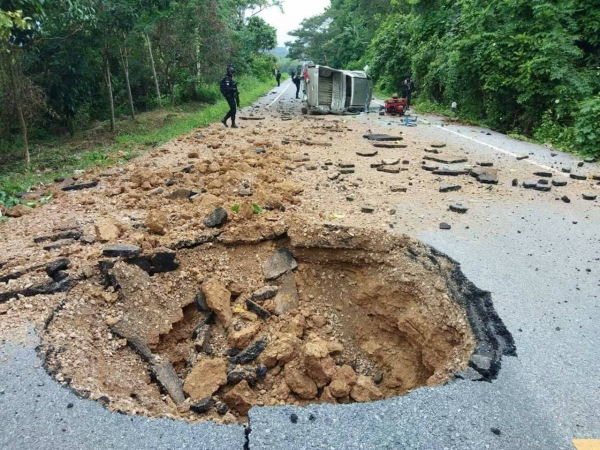 Four paramilitary rangers were slightly injured in a roadside bomb attack on Monday afternoon in the southern border province of Yala, prompting Fourth Army Region commander Lt-General Pornsak Poolsawat to order that those responsible be swiftly found and punished.

Suspected insurgents detonated the bomb just as a pickup truck carrying the rangers was passing the spot. The vehicle was catapulted on to its roof due to the impact, while a hole measuring two metres wide and one metre deep was also left in the middle of the road. The injured were team-leading ranger Sub Lieutenant Anuwat Chuchana and three volunteer paramilitary rangers, Ekkachai Srikhamleu, Chukiat Ut-ang, and Pratheep Theminpana.

Initial suspicions are that the homemade bomb was housed inside the gas cylinder.

The attack was the latest in a long-running campaign of violence targeting police and army officers in the South.