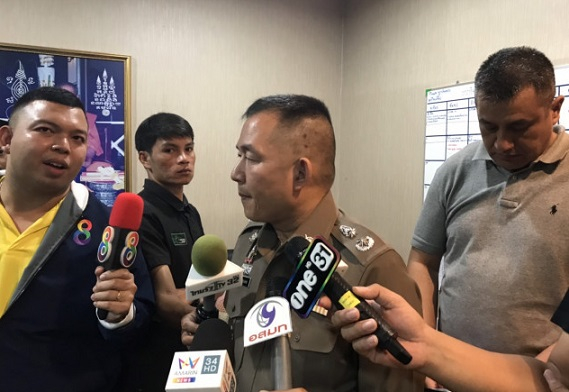 Four Chon Buri males, one just 14 years old, are in police custody accused of gang-raping a 13-year-old girl, recording it on video and demanding Bt3,000 to keep the clip offline.

Chon Buri police chief Pol Maj General Nanthachat Supamongkol said the two older suspects, ages 29 and 18, were on Tuesday ordered to re-enact the July 2 assault in which the girl was handcuffed.

Citizens crowding in to watch demanded they be given long prison sentences. The two were reportedly employed as rescue workers but were unpopular in the neighbourhood because they drove at high speeds and used the siren unnecessarily.

Natthapat Neewong, 29, and the 18-year-old, a Cambodian identified only as Lert, were arrested on Monday along with two Thai boys, 16 and 14, whose names are being withheld due to their youth.

Nanthachat said they had confessed to the crime and would be charged with several offences including rape of a minor.

Police had not yet found the video allegedly used in the extortion attempt, he said.