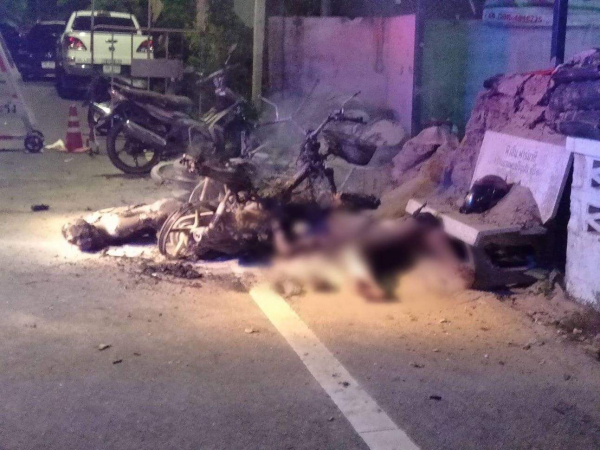 About 10 insurgents attacked a security checkpoint in Pattani’s Muang district on Tuesday night, killing four and injuring two others.

Police said the insurgents fired and threw grenades at the checkpoint in Ban Kolaebi village in Tambon Pakaharang, which was manned by an Army troop, 12 rangers and two village defence volunteers then engaged in gunfire with the authorities at 9 pm for about 10 minutes before retreating.

The checkpoint is located at the top of the road leading Ban Kolaebi School. Some 50 reinforcement troops and rangers secured the area for fear of the second attack.

Two village defence volunteers were killed at the scene. They were identified as Abdulfatah Hesamarem and Ussaman Yasari.

Police said the checkpoint was headed by Chuthawat. The killed and injured officials were standing outside the bunker, checking the road and the rest, who were unharmed, were inside during the time of the attack.

The survivors said the insurgents, who concealed their face, surrounded the checkpoint and opened fired and threw three hands grenade at the authorities. The authorities returned fire for about ten minutes before the insurgents retreated into the village.

Rusdi Tasamoh, a younger brother of slain Usman, said the authorities were checking vehicles that entered and left the village when the insurgents came from behind and opened fire and hurled grenades at them.

Rusdi said he and friends tried to fended off the insurgents from coming close to the checkpoint until they retreated.