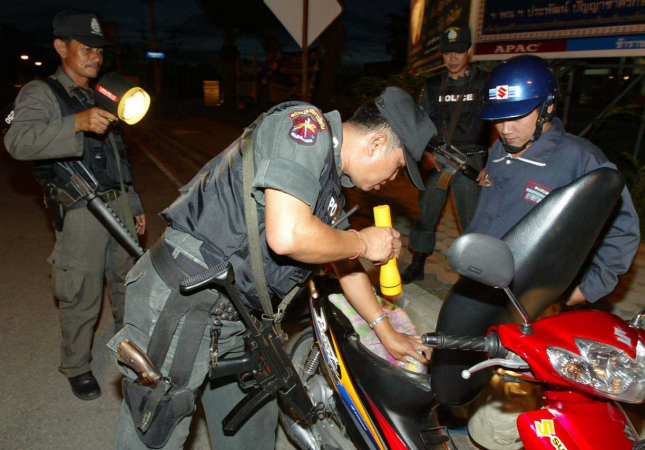 The Army Area 4 vowed on Wednesday to hunt down the insurgents who attacked a security checkpoint in Pattani resulting in four deaths.

Col Pramote Prom-in, spokesman for the Forward Command of the Internal Security Operations Command in the Army Area 4, said the Area 4 commander Lt Gen Pornsak Poolsawat has instructed officials to speed up efforts to bring the attackers to justice.

A group of some 10 insurgents with concealed faces attacked a security checkpoint in Pattani at 9pm Tuesday, killing an Army sergeant, a ranger and two civilian defence volunteers, before fleeing to a nearby village.

Pramote said the southern Army chief had expressed condolences to the families of the slain.

He said all the victims would receive rank promotions and all the welfare and benefits due.

The spokesman said the southern Army chief had instructed the Pattani Taskforce to allocate forces to search out the suspects and bring them to justice.

The spokesman said the Army would not use violent measures to retaliate against insurgents but would take legal action against them to give justice to the families who had suffered loss as soon as possible and called on local people to provide tips as to the whereabouts of the suspects.

Following the attack, the Forward Command of the ISOC would review operation plans in the southern border provinces to make security measures more efficient, the spokesman added.