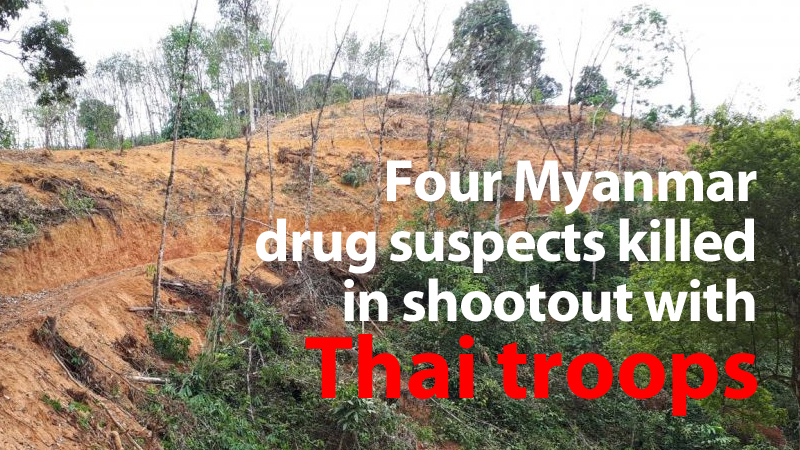 Four drug suspects were killed early Wednesday after sneaking across from Myanmar into Thailand and engaging in a shootout with Thai troops in Chiang Rai’s Mae Fah Luang district.

Acting on a tip-off about drugs coming in from Myanmar, a unit of troops from the Pha Muang taskforce patrolled the border area in Ban Pa Sang Sun in Tambon Therd Thai early Wednesday.

The unit spotted some 15 men carrying bags and guns walking in the forest across from Myanmar and shouted to them to stop so they could be searched.

The men immediately opened fire and a gun battle lasting 15 minutes ensued before the suspects retreated into forest.

After the clash, four bodies were found and the authorities found 20 kilogrammes of crystal meth on them. An AK47 assault rifle was found near the bodies.

The Phamuang Taskforce has deployed more troops to secure the area.