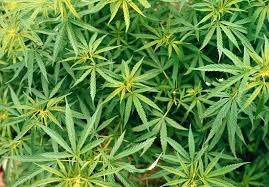 Two government agencies will produce some 23,000 bottles of cannabis oil for patients within the next month, officials said Wednesday.

The Chao Phraya Aphaiphubet Hospital will be able to produce some 9,000 bottles of the oil while the Government Pharmaceutical Organisation (GPO) said it would make some 14,000 bottles of cannabis oil in August.

Doctor Suphaporn Pitiporn, head of pharmaceutical operations at the Chao Phraya Aphaiphubet Hospital in Prachin Buri, said the hospital has received 662 kilogrammes of marijuana seized earlier by the authorities from the Office of the Narcotics Control Board for making cannabis oil for medical use.

Suphaporn said the hospital would produce between 8,000 and 9,000 5-cc bottles of cannabis oil to the 1.7 per cent of tetrahydrocannabinol (THC) formula by August 23. The oil would not be used only at the Aphaiphubet hospital but also distributed to other hospitals.

Her hospital and other hospitals would prescribe the oil based on patients’ urgent needs, especially those who cannot be treated with Western medicine.

Those who want to use cannabis oil to improve their quality of life would have to wait until the oil could be produced in adequate amounts, the doctor said.

Sophon said the cannabis oil of the GPO would be distributed by the Medical Department and the Office of the Food and Drug Administration.

The two were speaking during a meeting held Wednesday by the Public Health Ministry on regulations for administering cannabis oil in public hospitals.