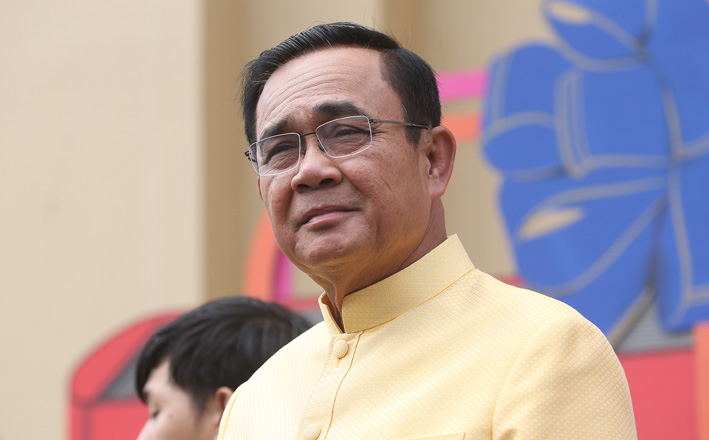 Prime Minister Gen Prayut Chan-o-cha arrived at the TOT auditorium at 8.45am Thursday to deliver his government policy statement to Parliament in what will be his first showdown with the opposition in Parliament as a politician, not the coup leader.

“I’m not excited as I’ve been in office for five years,” Prayut told reporters.

The policy debate is scheduled to last two days and will finish tomorrow.