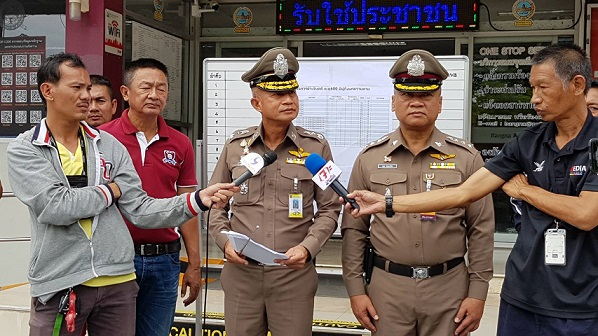 Police have detained seven suspects over an attack against a group of students from Bangkok College of Industrial Technology that left one dead and two injured in Bangkok's Bang Na district on Monday, Metropolitan Police Division 5 chief Pol Maj-General Mongkol Warunno said on Thursday.

An arrest warrant has been issued for the man suspected of firing the shot that killed Chanathip Piamyoo, 16, who police have named as 18-year-old technical college student Peerawich (last name withheld).

Updating media on the progress of the investigation, Mongkol also presented eight motorcycles, 17 helmets and two knives as well as items of the suspects' clothing, which are being held as evidence. 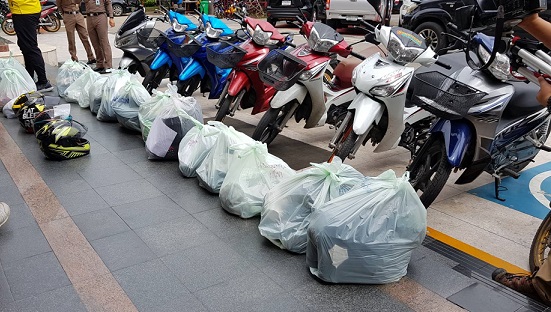 Mongkol said a total of 22 people – nine adults and 13 youths – were involved in the fatal attack on Chanathip and his five friends near Wat Sri Eium on Monday.

Suspects have confessed to producing ping-pong bombs that were used in the attack, which they said stemmed from a rivalry between two colleges, according to Mongkol. He declined to confirm reports that the attack had resulted from a case of mistaken identity.

Previously, a police officer had indicated that the 22 attackers on 12 motorcycles had misidentified the uniforms worn by the victims, who were riding two motorcycles.