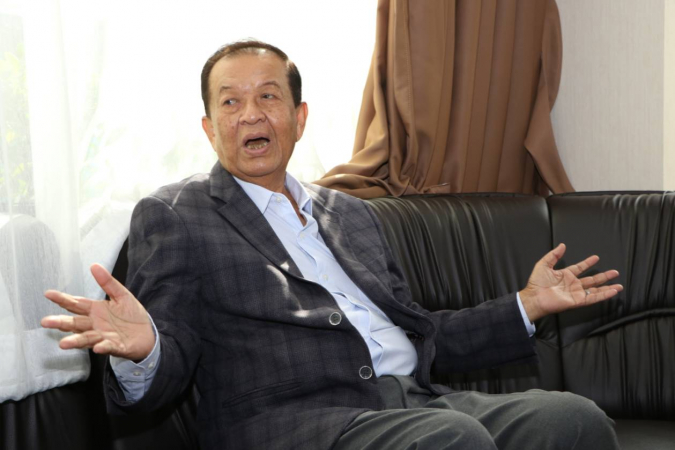 A key opposition figure has questioned General Prayut Chan-o-cha's qualification to serve as prime minister in a democratic system, pointing to his role in leading a coup that overthrew an elected government.

Prachachat Party leader and one of its party-list MPs, Wan Muhammad Noor Matha, said on Thursday (July 25) that General Prayut, then commander-in-chief of the Royal Thai Army, had announced on the day he staged the coup -- May 22, 2014 -- that he had planned the power seizure three years earlier.

"I was there on that day. General Prayut said he would seize power if the government did not resign. He pointed his finger at us and told us not to fight him because he had tanks and weapons,” Wan Muhammad Noor told a parliamentary debate on the new government's policy statement at the TOT Auditorium.

“Do you still remember your last sentence? You said, ‘I planned this for over three years’. This annoyed me. That meant your preparations began in 2011, when there was no incident,” he said, pointing to the prime minister.

"Your argument was that the country was in chaos and had problems so you staged the coup. I just wondered what kind of preparations you made to make those happen," Wan Muhammad Noor said.

A former speaker of the House of Representatives, Wan Noor was referring to a meeting of politicians and protest leaders from opposite camps hosted by the Army at Army Club in May 2014, supposedly aimed at settling their differences. The meeting was held after months of street protests against the government of Pheu Thai Party's Yingluck Shinawatra.

Wan also said on Thursday that he did not believe the Prayut-led government would be successful in implementing its policy of adhering to a democratic system with the King as head of state.

"It's because General Prayut came to power by staging a coup and ruled the country for five years. Also, he abolished a constitution. I don't think a person who does not believe in democracy will be able to offer democracy to anyone. It is like that saying: ‘Ivory does not grow out of a dog’s mouth’," the opposition MP said.