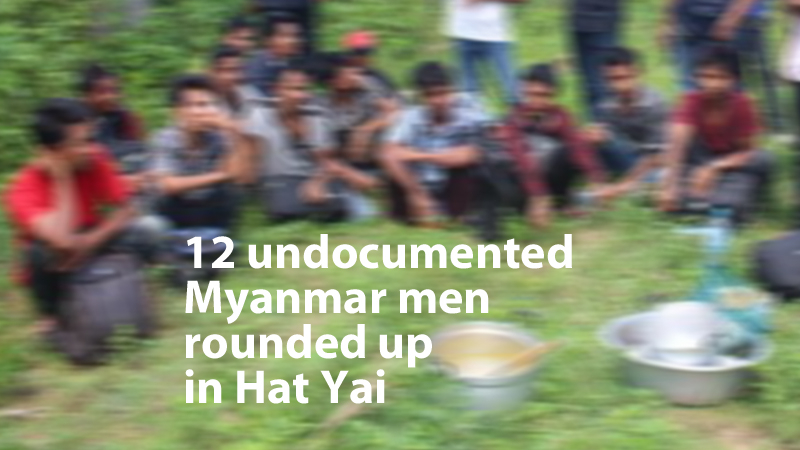 Police on Thursday rounded up 12 undocumented Myanmar men hiding in a forest in Songkhla’s Hat Yai district after being alerted that a group of men had been spotted in a wooded area near Wat Chai Chana Songkram in Moo 3 of Tambon Khuan Lung.

Frightened by the arrival of the police, some 20 men tried to escape by going deeper into the forest but police managed to arrest 12 of them.

They told police that they were smuggled across the border and were left at the spot from where they would be taken into Malaysia.