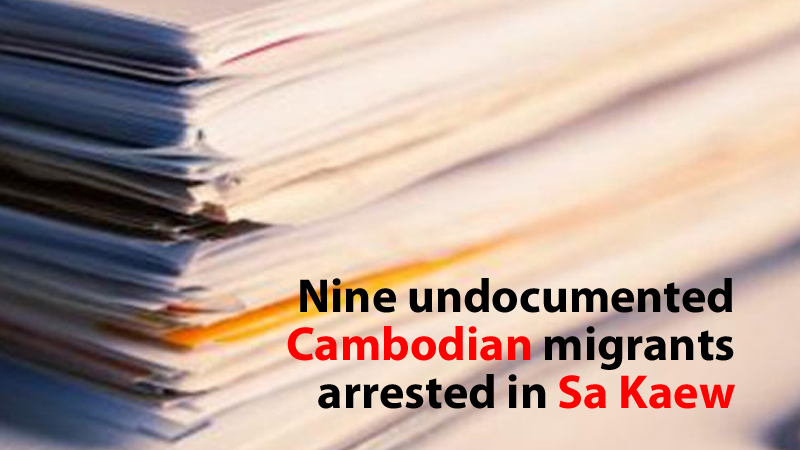 They stopped the vehicle and found it held six Cambodian men and three women. The nine failed to produce travel documents, and so were arrested.

The driver, Likhit Sinthorn, was also arrested on the charge of smuggling undocumented migrants into the Kingdom.

All were taken to the Muang Sa Kaew police station for legal action.