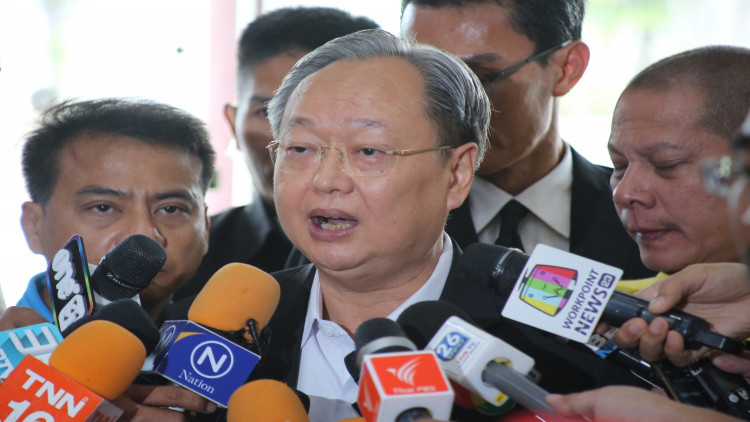 Energy Minister Sontirat Sontijirawong said Friday that his former mother-in-law who went missing in Moscow Thursday night has been found.

Speaking to reporters when he attended the government policy debate at the TOT auditorium, Sontirat said Ngek-im Sae-khow, the mother of his ex-wife, had been found after 10 hours of searching by the Thai embassy in Moscow.

Sontirat said Ngek-im was visiting Moscow with her children on a tour made up of some 30 tourists.

He said after the Thai embassy was informed that the woman went missing while visiting a church, it sought help from Russian officials and police. They later learned that Ngek-in had returned to her group tour safe and sound.

Sontirat said he learned of the incident at midnight Thursday and he sought help from the Foreign Ministry to help locate her.

Sontirat said the group would return to Thailand in about a few days.